Remember hope? Or, to be more specific: remember “HOPE”? 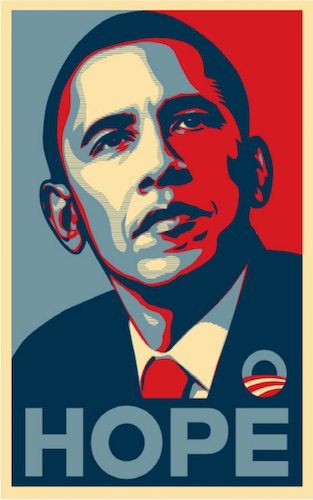 Shepard Fairey, the “artist” who “created” that iconic image, is back. And you’ll never guess which presidential candidate he’s supporting this time!

Acclaimed artist and actvist Shepard Fairey has a new design in the Bernie Store: https://t.co/TeOfYwtwWohttps://t.co/i9RIoz9AsO

Fairey says he’s “tired of portraits” and wants to focus on “principles, not personalities.” This is a tacit admission that he was a credulous dupe back in ’08, and he played a big role in manufacturing Obama’s fraudulent cult of personality. And if Fairey is “tired of portraits,” that might be because he stole a photo of Obama from the Associated Press to make the “HOPE” poster, then lied about it during the huge legal mess, and his own lawyers quit, and it was a whole big thing.

But now, for the low, low price of $30, you can own another piece of American history that was designed by the “HOPE” dope himself: 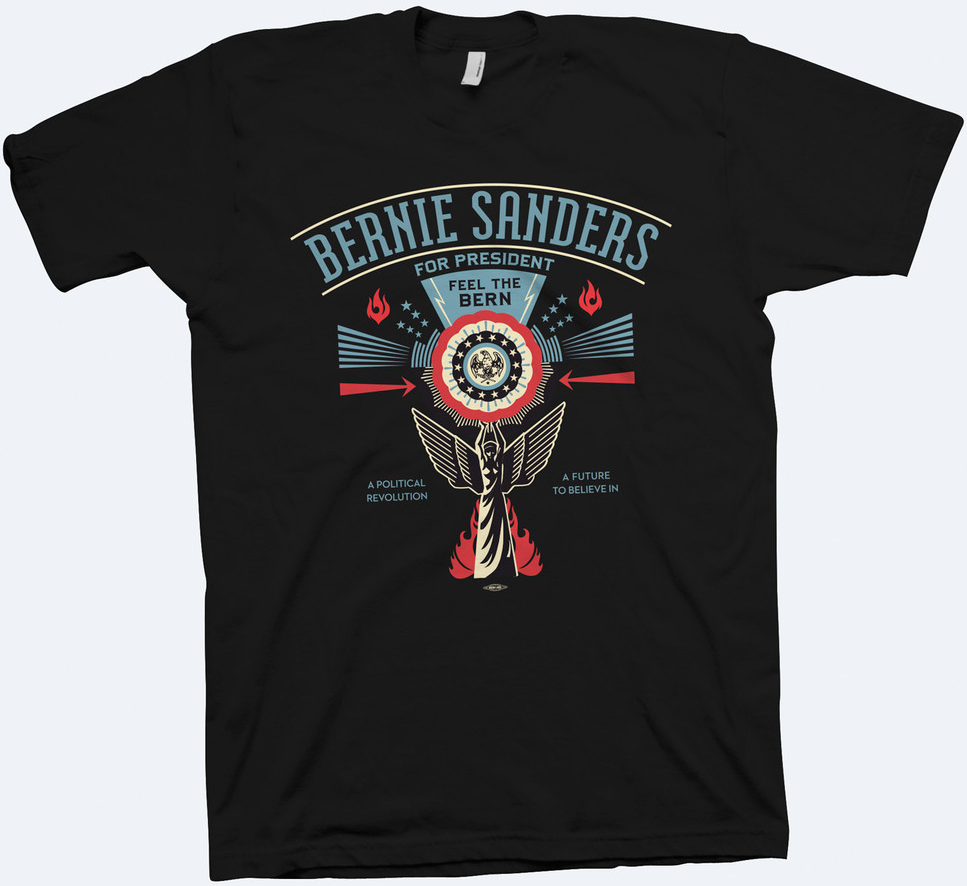 By focusing on “principles, not personalities” — in other words, by not using the candidate’s face this time — Fairey hopes (ahem) to avoid all that unfortunate legal business from the ’08 campaign. I don’t know which artist originally came up with this creepy, fascist design, but he or she is probably long dead, just like so many of the other artists Fairey has plagiarized.

I’m not linking to the Bernie Sanders campaign store that’s selling this shirt and a lot of other crap, but Google it if you want. I’m just amused that the communist who lamented America’s “23 brands of deodorant” is now selling dozens of overpriced gimcracks and gee-gaws to help fund his pursuit of power.

And here’s the delightful capper: Hillary Clinton’s press secretary isn’t too happy that she didn’t get Fairey’s blessing. Again.