Attendees at the 5A District 5-6 (ID) championship game between Rexburg’s Madison Bobcats and Pocatello’s Highland Rams got a little more than they paid for Tuesday.

According to the Idaho State Journal, Pocatello’s Ram mascot mocked Madison’s Bobcat he was while leading the student section in a dance to the song “Dragostea din tei” in between the third and fourth quarters.

Shoves were exchanged, and why don’t you just go ahead and watch the video? 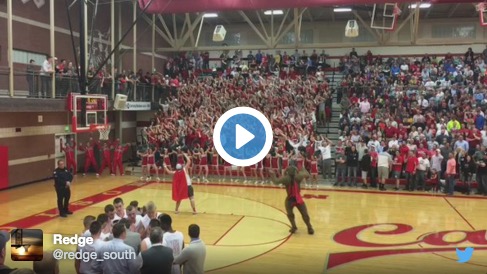