Donald Trump referenced his manhood during the Fox News debate in Detroit Thursday night, and everyone who was watching lost their minds. 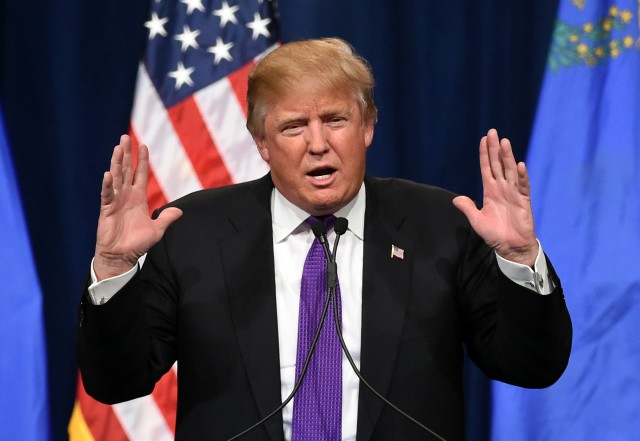 “Look at those hands, are those small hands?” Trump asked the crowd. “And he referred to my hands as if they’re small, something else may be small. I guarantee to you there’s no problem.” (RELATED: Donald Trump Clarifies The Size Of His Junk On National TV)

Donald Trump just defended his penis in a debate. I don’t even know what to say… #FOXDebate

OMG…I am going to have nightmares about Donald Trump’s penis size…#FOXDebate pic.twitter.com/37Dqj8JQlw

Did Donald Trump just say he had a big penis on a debate stage? #FOXDebate

Donald Trump just implied he has a large dick? What is happening?

1
Report: Fired Florida Data Manager Received Multiple Warnings Prior To Her Ouster
Politics
2
EXCLUSIVE: Here's The 'Unclassified' List Of Actions Ric Grenell Took As DNI To 'Break' The 'Deep State'
Politics
3
Trump Says He Has Chance 'To Break The Deep State,' Teases New Revelations From Declassification
Politics
4
These Are The Most Illogical Coronavirus Restrictions Still In Place
Analysis
5
'No Major Spike In Cases': NBC Nightly News Analyzes Georgia Reopening. Is It What We Expected?
Media