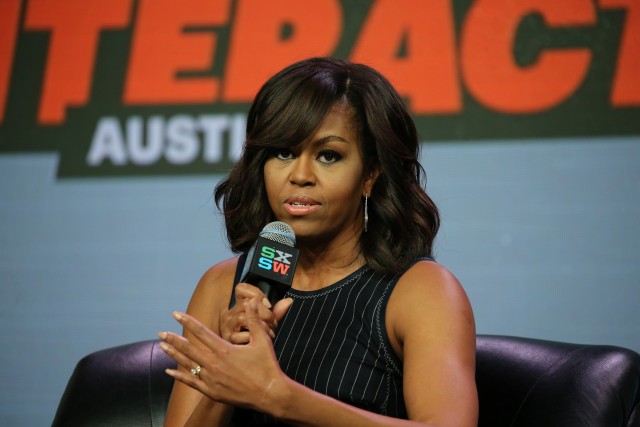 The first lady revealed that she doesn’t plan to return to the White House while she was delivering the keynote speech at South by Southwest in Austin on Tuesday. (RELATED: ‘Fresh Prince’ Actress: Knock It Off, Smith Family — You’re Not The Obamas)

“I’m going to continue to work with our young people all over the world,” Obama said. “Not as president. I will not run for president.”

“One of the reasons why, because I’ve got these two young people at home. And being the daughters of the president, just think of that? They’ve handled it with grace and with poise.”

“And also there are so many ways to impact the world. You don’t have to be the president of the United States to do wonderful, marvelous things.” (EXCLUSIVE: Malia, The Only Cool Obama, Plays Beer Pong During College Visit)

Obama spent the rest of her time focusing on her initiative Let Girls Learn, a program that aims to get girls around the world access to education.

“For me, 62 million girls not getting an education, that’s personal,” Obama added.