During Donald Trump’s campaign rally in Janesville, Wisconsin on Tuesday, former Miss Wisconsin USA 2005 Melissa Young broke down in tears while thanking Trump for his love and support during her battle with an incurable illness.

After Young shared with Trump her emotional story, Trump went into the crowd and gave her a hug.

Young, whose seven-year old son is Mexican American told Trump, “I just want to say thank you … because you saved me in so many ways. In recent years, I’ve been struggling with an incurable illness and I’m on home-care now. It was caused by a doctor’s medical negligence and in those dark days fighting … in the hospital, I received from you a handwritten letter that said ‘to the bravest woman I know.'” 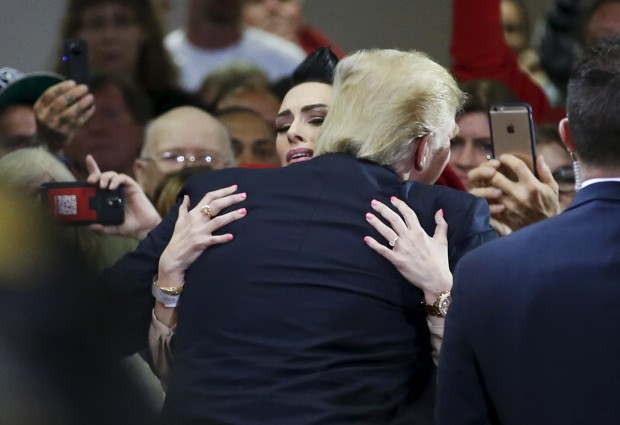 The presidential candidate then asked Young if she was “coming along OK” and the former beauty queen replied, “No, sir. But that’s OK, because I’m here right now to thank you in person, and it was my biggest dream, and I wanted to thank you because through you and your organizations, my son, who is Mexican-American, seven years old … and just being able to stand on that stage with you in 2005, and the outpouring of love that came from that ultimately provided my son when he graduates high school with a full ride to college.” 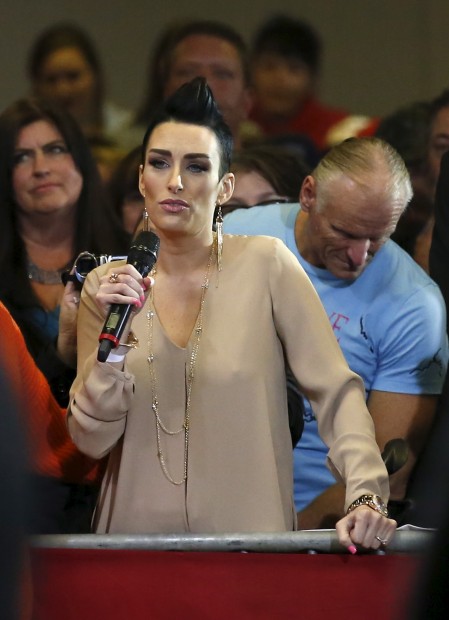 Young explained that she has told her son Jack that because of what Trump has done for him, “he has a great responsibility to pay it forward, just as you have done for us.”

According to CNN, Young has autonomic failure, which causes parts of the nervous system to shut down, and that the disease is incurable.