[dcquiz] In a string of early-morning tweets on Sunday, Rapper Azealia Banks called for Sarah Palin to be brutally gang-raped by a group of black men.

Screenshots of the tweets (which Banks later deleted) were captured by the Media Research Center’s Ashley Rae Goldenberg.

In the first tweet, Banks said that Palin “needs to have her hair shaved off to a buzz cut, get headfucked by a big veiny, ashy, black dick then be locked in a cupboard.”

In the next tweet, Banks wrote that Palin should perform oral sex on a black man before “talking shit about ‘black people willingly accepted slavery.'” Goldenberg points out that Banks appears to have gotten fooled by a fake news article which quotes Palin as saying “Negroes loved being slaves.” 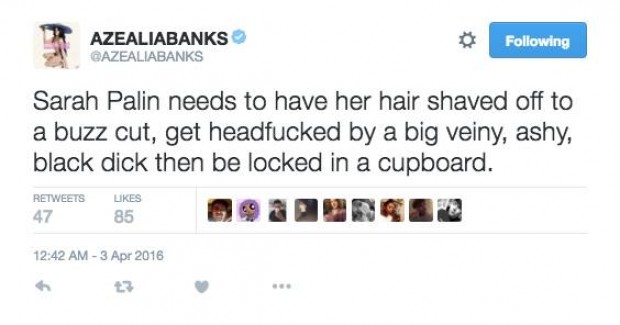 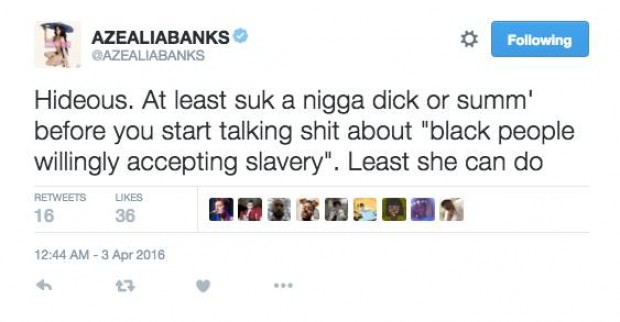 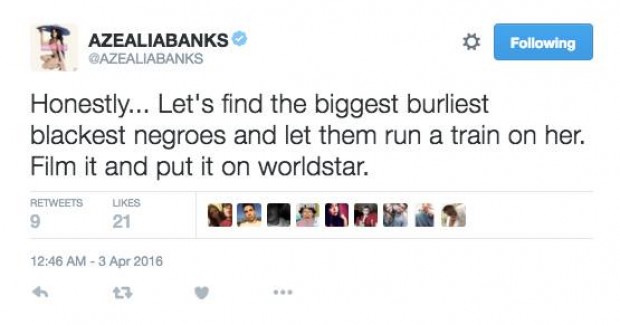 In the final tweet of the series, Banks tweeted: “Let’s find the biggest burliest blackest negroes and let them run a train on her.” She then suggested filming the gang-rape and uploading it to WorldStarHipHop, a site known for its oftentimes violent videos. Banks hasn’t addressed the tweets since deleting them.