Friday is Jackie Robinson Day across Major League Baseball, which is why all of your favorite ballplayers will be wearing number 42 this evening.

To remember the life and times of the first black big leaguer, you have a couple of options. Sure, you could watch a documentary, the newest of which attempts to convey the “warts and angles” at the heart of Robinson.

But it would be even more enlightening to read Jackie Robinson’s own autobiography, “I Never Had It Made.” This book talks not only about his success at America’s pastime, but also his relationship with the Republican Party, of which he was a staunch supporter. In fact, “The Root” even ran a piece the other day titled “Jackie Robinson: Militant Republican.”

The online description of “I Never Had It Made” notes how it “focuses on Robinson’s political involvements after his career ended in 1956 and his friendships with such diverse characters as Martin Luther King, Malcolm X, William Buckley and Nelson Rockefeller.”

An attempt to triangulate one’s own relationships with Malcolm X and William Buckley? Talk about a compelling read. 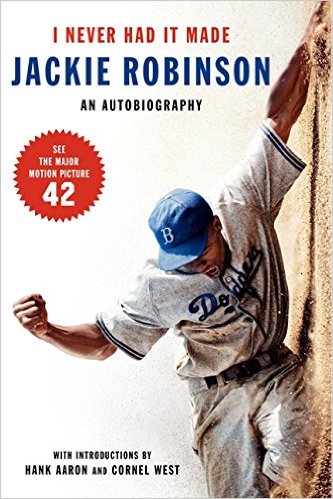