Bob Iger has a message for Bernie Sanders. 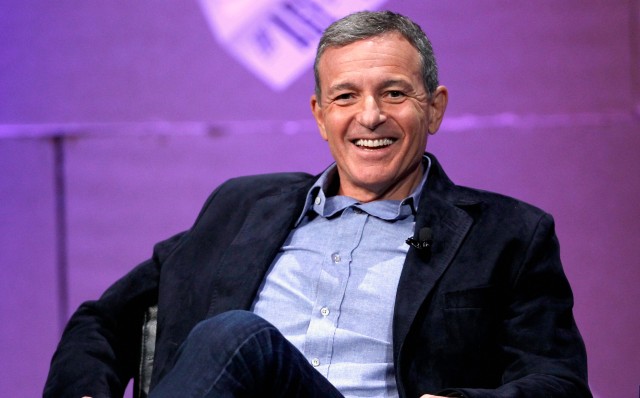 The CEO of Disney fired back at the Democratic presidential candidate after he criticized the company while campaigning in California this week.

“To Bernie Sanders: We created 11,000 new jobs at Disneyland in the past decade, and our company has created 18,000 in the U.S. in the last five years,” Iger wrote in a Facebook post. “How many jobs have you created? What have you contributed to the U.S. economy?”

While campaigning in Anaheim, Calif., Tuesday, Sanders criticized the company for not paying its workers “a living wage.”

“Anybody make a living wage working for Disney?” Sanders asked supporters. “Disney pays its workers so low that many are forced to live in motels, because they can’t afford a decent place to live.” (RELATED: Danny DeVito Stumps For Bernie Sanders: ‘I’m Feelin’ The Bern’

A Disney spokesman said Sanders “didn’t have his facts right.”

“Mr. Sanders clearly doesn’t have his facts right,” the spokesman said in a statement. “The Disneyland Resort generates more than $5.7 billion annually for the local economy, and as the area’s largest employer has added more than 11,000 jobs over the last decade, a 65 percent increase.” (RELATED: ‘The Wire’ Star Arrested For Attacking A Woman Who Said She Supports Bernie Sanders)

“These numbers don’t take into account our $1 billion expansion to add a ‘Star Wars’-themed land, which will create thousands of additional jobs across multiple sectors.”