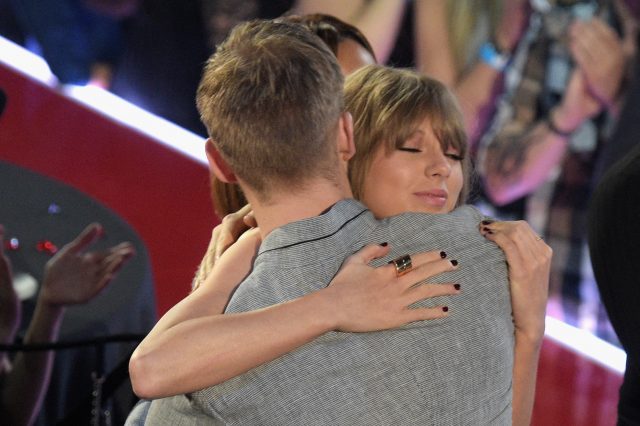 The 26-year-old singer and Harris — whose real name is Adam Wiles — had been dating for 15 months when they suddenly ended things this week.

“Taylor and Adam had no big blowout fight, but the romance just was not there anymore for them,” a source told E! News. “Adam is the one that ended it. It was all done in a very mature fashion.” (RELATED: Taylor Swift Just Blew Kanye West Away With This Acceptance Speech)

“Taylor is pretty upset but they are still in communication. Taylor was there for Adam with his accident and supportive.”

“Adam really liked Taylor, she was not the type of girl he ever dates and he liked that. He liked how innocent Taylor was and that she had a good caring heart.”

“Taylor’s heart was more in it then he was. He started to lose interest over the past few months, but really tried to not just break up.”

Something tells us her next album will be a hit.