Bernie Sanders is reportedly considering skydiving into one of his California rallies. 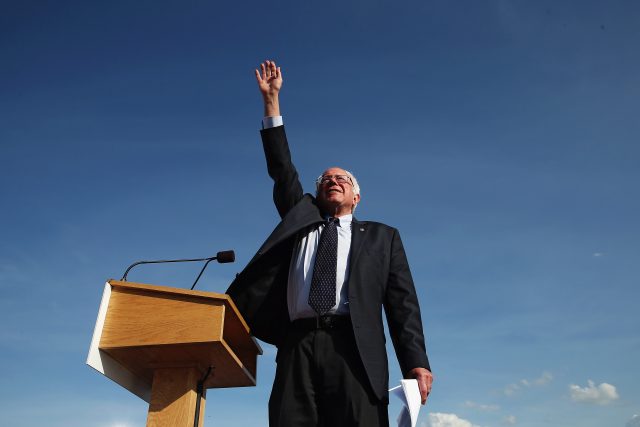 The president of a skydiving company in Cloverdale, Calif., said that several Sanders staffers contacted him about their 74-year-old boss making a grand entrance into his rally Friday.

“I’ve been told they will run the idea by Bernie,” Jimmy Halliday told the Press Democrat. “I can’t confirm that’s the plan. I know that’s a possibility.”

Halliday said that a member of the campaign visited his facility Wednesday and did a tandem jump.

“If he feels like going skydiving, I will personally take him,” Halliday added.