If you think Charles Johnson doesn’t have a softer side, you’d be wrong.

Over the weekend, his German Shepard Charlie died (yes, he and his dog nearly have the same name). He expressed his gratitude for him in a lengthy post on Facebook, which, until recently, had banned him from posting anything. Twitter kicked him out the door in 2015. 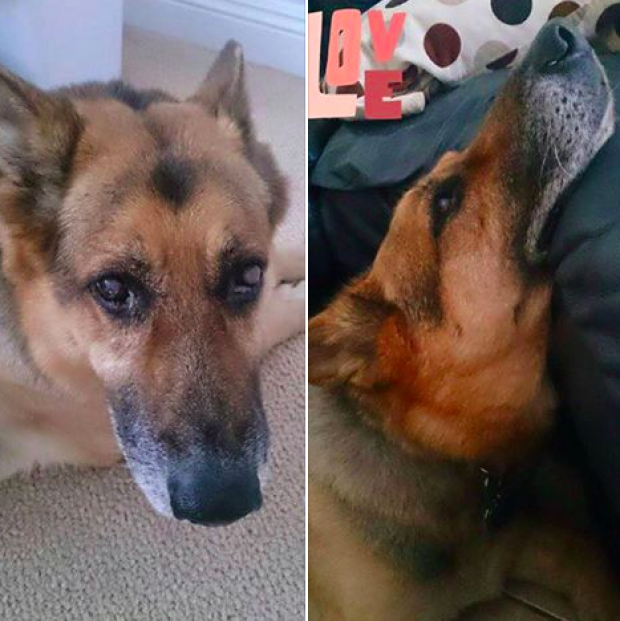 No doubt Charlie comforted him late last week when Johnson learned that Gawker was suing him. He likely even consulted him on how much to offer Gawker in exchange for the site after Nick Denton filed for bankruptcy. The amount: $350.

Johnson did everything in his power to make sure the dog had a good life.

Like most dog owners, he found that not all of that is so pretty.

“I loved it when we fell asleep on the couch together. I didn’t mind cleaning up your vomit when you were ill. You were a gentleman who took care of my wife and her family in difficult times. You didn’t misbehave and were always loving. I believe you barked at me only once and I think I deserved it. We had the very best chats together.”

Johnson even wept when Charlie once ran away.

“You were the first dog I ever felt I got to know and I cried when I couldn’t find you that one time you ran away. (Fortunately an arthritic dog can only get so far!)”

The journalist rejoiced in only one aspect of this sorrowful moment — which is that Charlie died before the Fourth of July, which, according to Johnson, was his least favorite holiday.

“I take some satisfaction in that you passed before your least favorite holiday — July 4th — but only a little. May you run wild in dog heaven, free from fireworks and arthritis,” he wrote. “All dogs go to heaven.”

The Mirror offers condolences to Johnson for the loss of his dog.