House Speaker Paul Ryan said Monday that he can relate to British citizens’ vote to leave the European Union because “as Americans … we believe in sovereignty.”

“It is so foreign for us as Americans to even think about the concepts that somebody or some official in Brussels, in another country, would be writing our laws and changing our sovereignty,” Ryan told Wisconsin radio station WGTD. “As Americans … we believe in sovereignty, in self government, government by consent.” 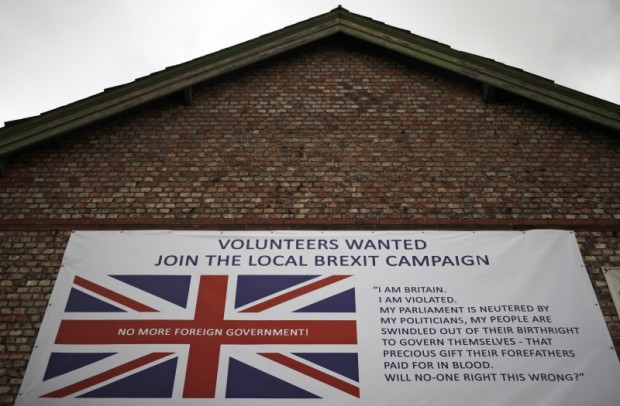 A banner encouraging people to support a local Brexit campaign hangs on the side of a building in Altrincham. REUTERS/Phil Noble

“So I clearly relate to the thinking behind the Brexit vote, behind ‘leave,'” the speaker added.

Ryan had previously shown more lukewarm support for the vote. “As an American, we value the principle of sovereignty, self-determination, governing by consensus, and limited government. So we clearly understand the thinking,” Ryan said last week.

This story has been updated to note Ryan did not say he would have voted “leave.”