The Center for Immigration Studies (CIS) published a report on this loophole Monday. Illegal immigrants themselves are not eligible for the Supplemental Nutrition Assistance Program (SNAP), but their children are.

“Let’s say that the all-citizen family consisted of three people, employed father, stay-at-home mother, and a small child. Dad makes $2,400 a month. The family’s income is too high for food stamps since the maximum monthly income is $2,177 for a family of three,” David North, a fellow at CIS and author of the report, wrote.

“Then next door there is a mixed family, also three people, with the father being the only worker, also earning $2,400 a month. The difference is that the father is an ineligible alien and so, under many states’ regulations, one-third of the family’s income is ignored (prorated is the word in SNAP circles), leaving the family with a nominal income of $1,600 a month that allows the family to get a food stamps allotment, but only for the two citizens, not for all three in the family.”

SNAP money is used for food in families that is presumably shared so the illegal immigrant gets the benefits.

While SNAP is federally funded it is administered at a state-level and sometimes even at a county-level. “Of the states and territories, 47 have opted for proration and six have not. According to the most recent of SNAPs State Options Reports the six dissenters are Arizona, Guam, Massachusetts, New Mexico, North Carolina, and Utah,” the CIS report states.

The SNAP’s State Options Report leaves out Kansas of the “dissenters.” However, Kansas has enacted changes to its SNAP program to solve this proration problem. The 2015 HOPE Act in Kansas “requires the counting of income of non-citizens when determining SNAP benefits.”

North told The Daily Caller, “you have proved how confused this situation can be. Kansas is doing the right thing, and USDA does not know it.” 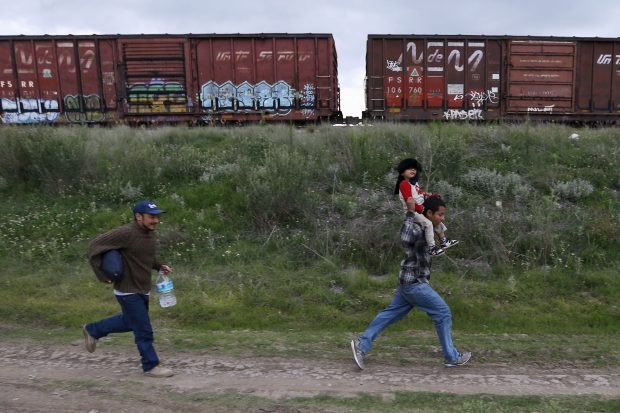 A Salvadoran father (R) carries his son while running next to another immigrant as they try to board a train heading to the Mexican-U.S. border, in Huehuetoca, near of Mexico City, June 1, 2015. An increasing number of Central Americans are sneaking across Mexico’s border en route to the United States. Picture taken June 1, 2015. REUTERS/Edgard Garrido 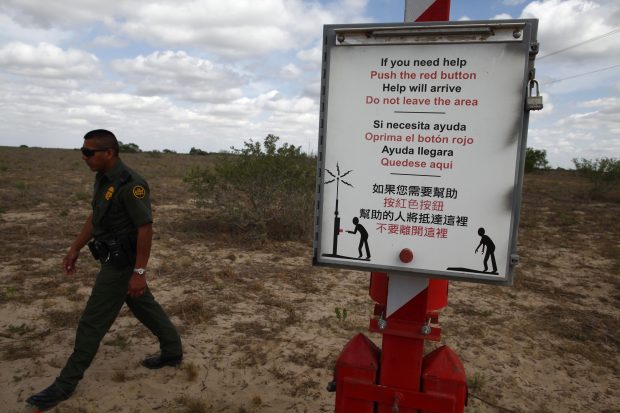 A U.S. Border Patrol agent walks past a rescue beacon near Falfurrias, Texas March 29, 2013. Brooks County has become an epicentre for illegal immigrant deaths in Texas. In 2012, sheriff’s deputies found 129 bodies there, six times the number recorded in 2010. Most of those who died succumbed to the punishing heat and rough terrain that comprise the ranch lands of south Texas. Many migrants spend a few days in a “stash house”, such as the Casa del Migrante, in Reynosa, Mexico, and many are ignorant of the treacherous journey ahead. Picture taken March 29, 2013. REUTERS/Eric Thayer

Ineligible aliens for SNAP are not just illegal immigrants but also those who have had a green card for less than five years. The CIS estimated that over $1.4 billion annually in federal taxpayer benefits are paid out to mixed-households.

It has previously been reported that the U.S government has worked with the Mexican government to promote SNAP eligibility to illegal aliens.