A Fourth of July pie eating contest on Nantucket is the perfect setting for a bad temper.

Seems especially fitting for a man who wrote How’s Your Faith? An Unlikely Spiritual Journey.

Overheard in the Nantucket book store Mitchell’s Book Corner on the 4th of July: A lady walked up to longtime newsman David Gregory and said she loves him on the show. “I’m no longer on that show anymore,” he had to confess, referring to NBC’s “Meet the Press.”

Gregory was seen “aggressively pushing his way up to the front of the crowds to take pictures of his kids at the pie eating contest and it was really obnoxious.” Noted by observers: “He’s already super tall!”

Gregory, who is 6’5″, replied to The Mirror saying, “Thanks for reaching out. I’m sorry someone would say that. That’s absolutely untrue. I didn’t push anyone. An advantage to being tall is that I was able to get the picture using my long arms.”

Gregory conceded, “I may have tried to get closer but certainly didn’t push my through.” 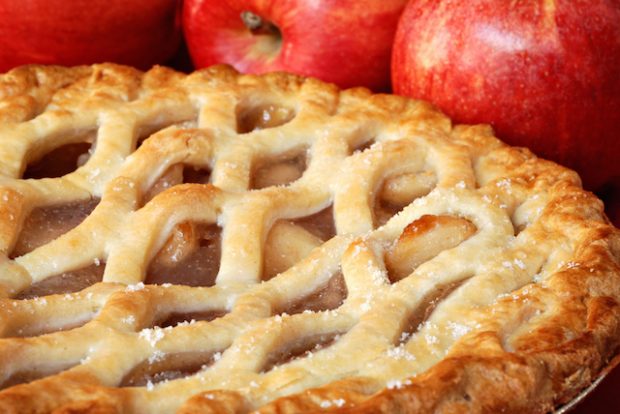 Pete Snyder, who ran for Lt. Gov. of Virginia in 2012 and is a certified BBQ judge, landed in second place in his heat of the pie eating contest.

To be fair, Fourth of July festivities on Nantucket have a rep for getting pretty raucous — backyard sex, boozy beach parties, a ravaged sand dune. So much so that on July 1 the Boston Globe reported that police were readying themselves for a crackdown on any hellraisers coming to town this year.

Last year the beach was reportedly inundated by some 8,000 rowdy partygoers.

Gregory dove deep in his 2015 spiritual memoir, How’s Your Faith? But in 2013 David Gregory made waves in his Palisades neighborhood when there was a shortage of street parking. He reportedly yelled at charity event organizers when he alarmingly discovered there were cars parked in front of his $2.5 million home.

Gregory refused to describe the incident as “blowing up,” but he did admit to going over to complain.

UPDATE: A reliable Mirror source wrote in to remark on an incident that happened several years ago on a sledding hill. The source wrote, “I saw Gregory being a total dick many years ago on a kids snow sledding hill. Similar sort of thing. We were at Battery Kemble Park on a snow day to take the kids sledding. There are some unwritten etiquette norms for that sort of thing and he was violating all of them. He kept on yelling at kids he deemed to be walking up the hill too close the the sledding area and he was cutting in front with his kids. Total dick.”

Perhaps time and a book on faith has softened Gregory.