Blogger Kevin Clancy of Barstool Sports unleashed a rant that was music to the ears of people who don’t like Lena Dunham.

Dunham was a topic during the July 13 episode of the “Barstool Rundown”, and Clancy’s comments were one for the ages. (RELATED: Lena Dunham Wants To Remove Guns From All ‘Jason Bourne’ Ads)

“She never shuts the fuck up. And who keeps asking her questions? Who keeps doing interviews? How does she keep getting in these articles?,” he asked with the fierce passion expected from sports fans. 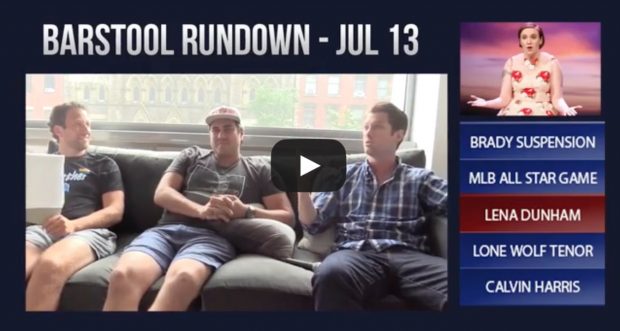