Hillary Clinton addressed the recent comment Donald Trump made about “Second Amendment people” during her Wednesday campaign rally in Iowa.

“Words matter,” Clinton told the Des Moines crowd. “If you are running to be president, or you are president of the United States, words can have tremendous consequences.” (VIDEO: Trump — ‘Second Amendment People’ Could Stop Hillary)

“Yesterday we witnessed the latest in a long line of casual comments by Donald Trump that crossed the line,” she explained. 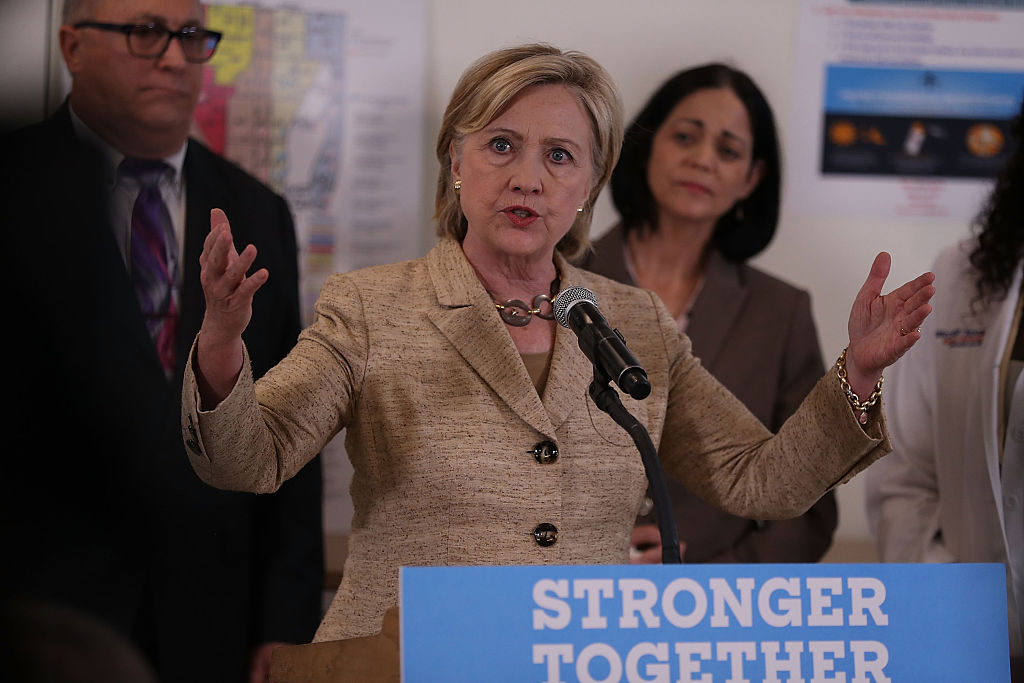 Hillary Clinton speaks during her visit to the Borinquen Health Care Center on August 9, 2016 (Getty Images)

Clinton then listed a variety of Trump’s gaffes as evidence to her claim.

“His casual cruelty to a gold star family. His casual suggestion more countries should have nuclear weapons. And now his casual inciting of violence.”

“Every single one of these incidents shows us that Donald Trump simply does not have the temperament to be President and commander-In-Chief of the United States,” she firmly stated. “The stakes have never been higher.”