Each episode of “The Night Of” spirals further and further into many possible murder scenarios for said night, simultaneously playing up Nasir Khan’s violent tendencies and prison metamorphosis.

This is perhaps the most exceptional drama of 2016. 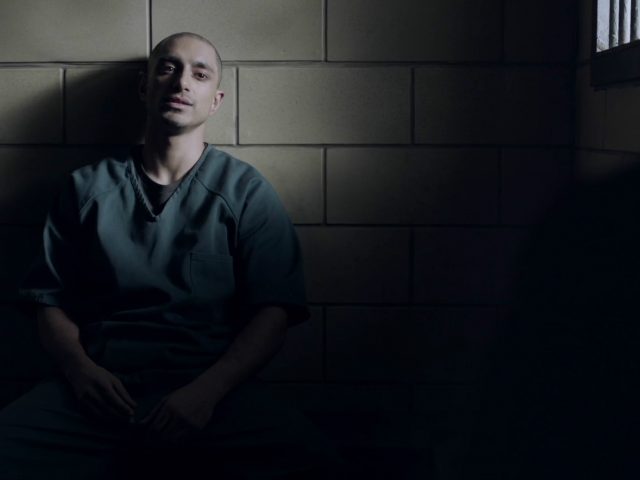 As the trial approaches, everyone’s lives are upended. John is still taking care of Andrea’s cat, including emptying kitty litter on his kitchen counter, and Safar is fired from work because of Naz, and we later see her working as a janitor. Meanwhile, Naz is living the “good life” — if that’s what you can call it — in prison. Freddy gives him a cell phone because he’s “earned it.”

Another point here: Naz’s tone and language is changing, an obvious side effect of his time at Rikers.

Though is Naz really changing all that much, or further exploring someone he’s always been? Box dug into Naz’s high school past this week and uncovered shocking intel: He got into a fight with a kid — pushed him down the stairs — and he was transferred out of that high school in the ninth grade. Naz later tells Chandra the fight had to do with how he was treated post-9/11, though this took place four years after it, since Naz said he was in fifth grade at the time.

This fight echoed a newscast about a Pakistani hate crime heard early in the episode on the TV at John’s apartment, also continuing the series’s theme of constant surveillance. 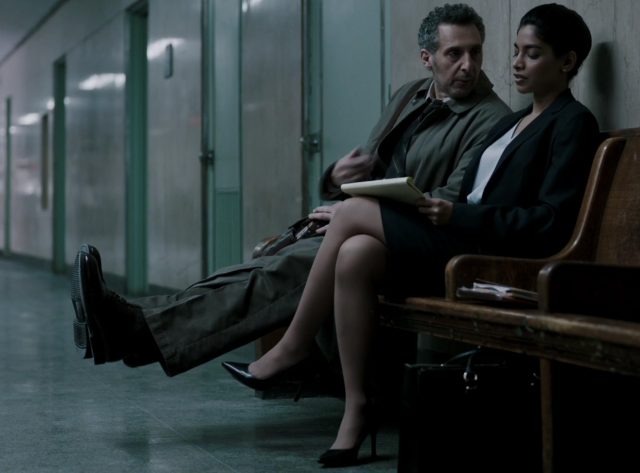 John sees another doctor for his feet that — gasp — is actually able to help him. He gives him these powders to mix into drinks, and it allows John to wear regular dress shoes to the trial. Take that, haters. John later lets his support group in on the secret.

As for taking things you probably shouldn’t, Naz starts doing drugs in prison — it’s unclear what exactly — but he’s just following Freddy’s lead. Freddy perhaps best sums up his and Naz’s prison relationship with one line this episode: “I’m gonna make a proper convict out of you yet.” Naz’s other transformation this episode includes getting tattooed “SIN” on three of his fingers; he also bears witness to a prison blow job and gets a slight neck cut in the shower after said blow job receiver comes up behind him to threaten him. Oy.

The only good advice Freddy seems to give is for when Naz heads to court. Freddy gave him a white shirt to wear, though Naz refused and said his mother was bringing him something. Once in court, John made him change out of his royal blue shirt and trade with John, who was wearing a lighter color. Apparently, the defendants are supposed to wear white. 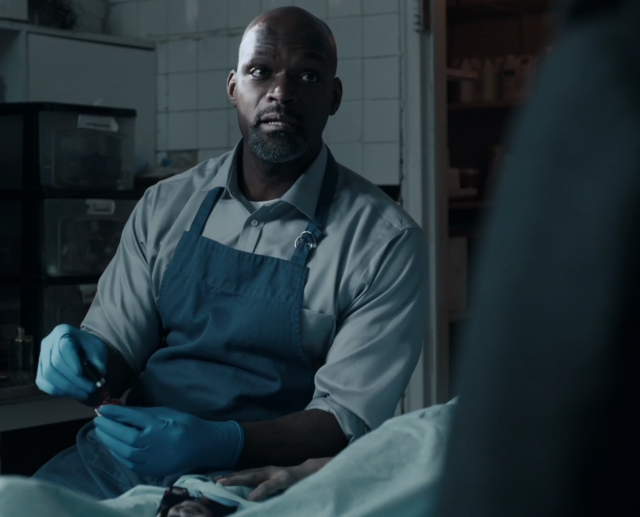 As for new clues re: the titular the night of: Chandra tracks down Mr. Day, the man driving the hearse that was at the gas station. It turns out he’s a Bible-quoting, misogynistic creep. He sees women like Andrea as cats — with men as the yarn. It’s an apt image, given Andrea’s forever lurking cat. He even said outright that Naz was her ball of yarn. Keep in mind he’s saying all this while painting a dead girl’s fingernails red.

Chandra is rightfully startled and opens up to John about the mess. When the two go out for a drink, she opens up to him and says she broke up with her boyfriend. He moves on to talking about the case, then tries to comfort her by holding her hand. It’s a very human moment amid all the grit — and very welcome. He further humanizes himself when he tries calling his son this episode, but settles for leaving him a voicemail. A question: Did he order Chandra food when she was prepping the trial’s opening statement?

As for the trial itself, Helen is crafting whatever story she wants to tell, but she’s doing it convincingly. She gives a powerful opening statement, and Chandra counters with merely mentioning that the burden of proof is on the state, not the defense, per John’s advice. Officer Wiggins testifies and describes finding the knife on Naz, which in all lights is pretty damning.

But John may have cracked open something entirely different this week. He tracks down the man Don was fighting with at Andrea’s funeral — his name is Ray, a CPA — who worked for Andrea’s mother, Evelyn. Upon her death, he had to work with Andrea. Don, a personal trainer, apparently has a shady past with restraining orders and older women like Evelyn’s mother. He had stopped working when he married Evelyn, and later wanted millions of dollars from Andrea. Her response? “Over my dead body.” As if that’s not illuminating.

My bet is still on us never finding out who did it; that’s not the point of this show. The only certainty I have with this is that I hope you’re not watching alone.