ESPN released the list of the 24 All-Americans Monday, and Watson and McCaffery are clearly the two most famous players on the list.

Watson is the superstar quarterback of Clemson and had an incredible season in 2015. He threw for more than 4,000 yards and tossed 35 touchdowns. (RELATED: College Superstar Thinks Complimenting A Quarterback Is Racist)

McCaffrey stars as Stanford’s running back, coming off one of the most incredible seasons in college football history. The superstar sophomore had just under 4,000 yards of total offense in the 2015 season. (RELATED: Most Famous Girlfriend In College Football Takes Shot At Alabama Fans [PHOTO]) 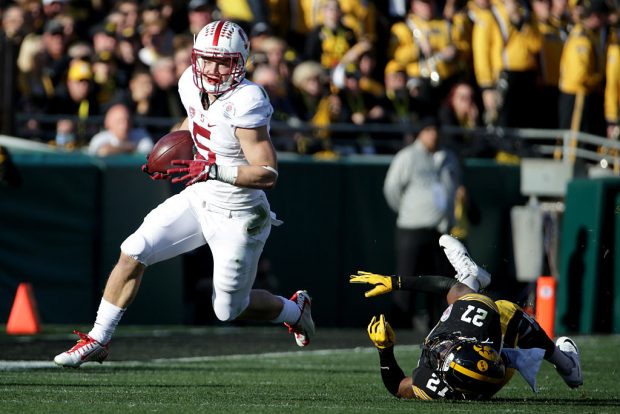 PASADENA, CA – JANUARY 01: Christian McCaffrey #5 of the Stanford Cardinal runs past Jordan Lomax #27 of the Iowa Hawkeyes in the first quarter of the 102nd Rose Bowl Game on January 1, 2016 at the Rose Bowl in Pasadena, California. (Photo by Jeff Gross/Getty Images)

The season kicks off in less than two weeks, and both of these players will be lighting up the scoreboards for their teams.