With a foreboding title like “Ordinary Death,” you knew this week’s penultimate episode of “The Night Of” was going to pack more than just a punch. You probably couldn’t guess, though, who would meet their untimely demise.

The episode begins with Box at the scene of another crime, similar to Andrea Cornish’s murder. This suggests how routine of a job this was for him, even though we are seeing the cascade of intricacies of this specific crime.

During an early scene of Naz’s trial, Safar leaves the courtroom while Helen Weiss questions the pathologist Dr. Chester. Chandra later approaches Safar in the bathroom, who asks her, “Did I raise an animal?”

This is the first instance we see Safar losing faith in her son. She recoils as Chandra goes to comfort her. Safar should really let her, considering she’s doing a decent job at poking holes in the prosecution’s case. She calls out Chester for his prior testimony that was ultimately refuted after wrongly sending a man to prison.

But you can’t blame Safar.

Naz’s family receives the brunt of societal backlash against the case, as it constantly reverberates in their lives. We see graffiti that says “Muslims Go Home” with a swastika; one of Salim’s fellow cab owners points to a newspaper article of a Pakistani cab driver incident. “You are the father of a killer,” he says to him. They decide to buy a new cab without him. Later, while Safar is looking at baby pictures of Naz, someone throws what seems to be a brick through a window at the Khans’ home. She doesn’t pick up the phone when Naz calls to talk to her.

And what else is Naz up to?

Still doing drugs in prison, and even swallowing those little bags again too. He also, yet again, hasn’t told Chandra and John everything: That athletic staff member we met last week with Box testified and said that Naz also threw a soda can at a kid in the cafeteria. The kid needed stitches on his face. Naz’s friend Amir also testifies and proves detrimental to Naz’s character, as expected, though Andrea’s dealer proves a helpful witness for the defense.

The truly unexpected part of this episode, though, was one I have trouble accepting actually happened. In a heated moment, Chandra and Naz hold hands and kiss (!) when she goes to see him in a holding cell. This is the same woman who brought up her boyfriend last episode. Can she not be a character on her own? Does she have to be defined by the men around her? Then again, the series’ treatment of women is one that’s already been lamented. The flashbacks to Naz’s sexual encounter with Andrea were eerie, but an important call-out to all the characters’ (Andrea, Naz and Chandra) general poor decision-making. 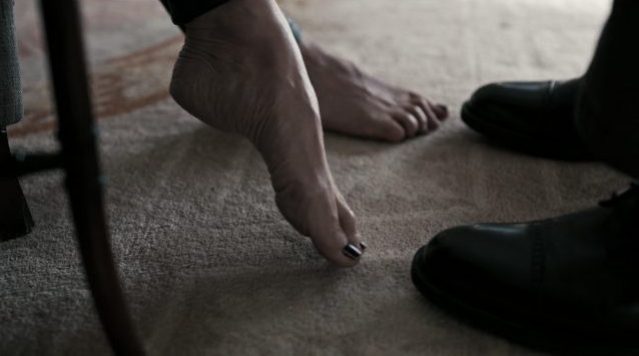 As for John this episode, he has his sights set on figuring out Taylor’s deal. He follows him to the gym, meets with one of his exes who claims Taylor choked her (and she even tries engaging in some confusing toe-play with John), discovers through that CPA that Taylor’s filed for bankruptcy twice before and has maxed out credit cards. However, Taylor figures out that John’s been snooping around, and holds him down using a barbell bench press and threatens him. Eeek. John receives a similar — though unintentional — threat from Andrea’s cat, who escapes its room and crawls into bed with him, causing him to wheeze. His successful eczema doctor gives him sage advice: “Get rid of your cat.” Well, yeah.

Elsewhere, John’s son wants nothing to do with him, and another interesting tid-bit that hopefully resolves itself next week: John is being followed. But by whom?

Johns’ real success this week came from an important discovery: Box gave Naz his inhaler from the scene of the crime. Chandra uses this in court to suggest that he did this as a way to ensure the narrative matched what he wanted it to be. Box has been preoccupied most of the episode with his retirement; we even see Box at the party, not to mention him filling out a retirement form, including his death benefit. He selects “Ordinary Death.” 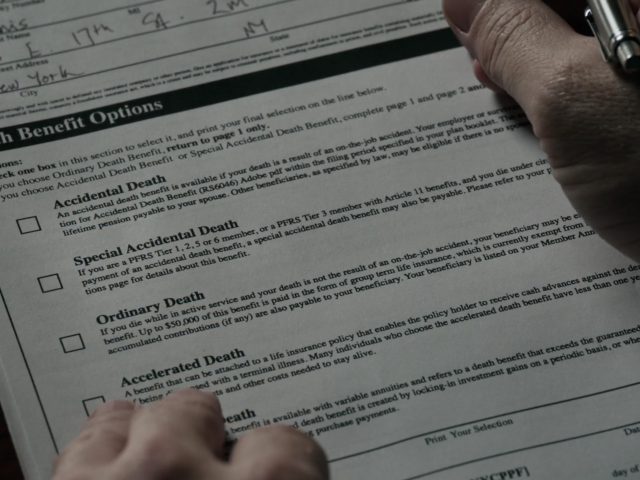 As for that untimely death I mentioned earlier? It’s deaths, plural.

Petey, the member of Freddy’s crew giving another member a blow job, apparently commits suicide. Naz — though we don’t see this happen — presumably clues Freddy into what’s been going on (remember that this other member threatened Naz last week and cut his neck). Naz distracts the cop and asks for a new inhaler while Freddy slits the throat of this other member of his crew. For the record: Naz could be considered an accessory to this murder. Great.

One nugget I didn’t mention: The pathologist Dr. Katz testified and noted that one of the knives in Andrea’s set was missing. Is this a red herring, or is the actual knife that killed Andrea out there and the key to solving this whole case? I don’t think we will learn every detail of what happened the night of, but solving just one thread of this crime would serve a fitting conclusion.