The mascot and the logo for the University of Iowa’s sports teams are terrifying and promote aggression and violence, according to a deeply concerned medical school professor at the taxpayer-funded school.

The pediatrics professor, Resmiye Oral, is urging the Big 10 school’s athletic department to modify the logo and the various facial expressions of the mascot, Herky the Hawk, according to the Iowa City Press-Citizen.

“I believe incoming students should be met with welcoming, nurturing, calm, accepting and happy messages,” Oral wrote in an email to the athletic department this week. “And our campus community is doing a great job in that regard when it comes to words. However, Herky’s angry, to say the least, faces conveying an invitation to aggressivity and even violence are not compatible with the verbal messages that we try to convey to and instill in our students and campus community.”

Oral said she is plagued by worries about the facial expression of several versions of the Iowa mascot, including Fighting Herky and Flying Herky. She also fears the consequences of people seeing Iowa’s famous Tigerhawk logo — which was conceived at the behest of legendary football coach Hayden Fry when he arrived on campus in 1978. 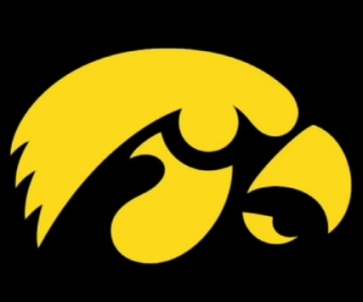 The Carver College of Medicine professor also addressed her unease about the logo and the mascot to the University of Iowa’s faculty senate.

“I would like to bring to the Faculty Senate’s attention that the attached Herky images are totally against the nonviolent, all accepting, nondiscriminatory messages we are trying to convey through campus,” Oral wrote to her faculty colleagues, according to the Press-Citizen.

“As we strive to tackle depression, suicide, violence, and behavioral challenges and help our students succeed, I plead with you to allow Herky to be like one of us, sometimes sad, sometimes happy, sometimes angry, sometimes concentrated,” the pediatrics professor explained.

“At this time, the committee is not focused specifically on how Herky is depicted,” Vaughn told the Press-Citizen.

Officials in the athletic department said they have totally taken Oral’s concerns under advisement.

Dale Arens, director of the University of Iowa’s trademark licensing program, observed that changing the school’s well-known logo would be complex.

Herky the Hawk has been Iowa’s mascot since 1948.

Oral’s complaint about the mascot’s face is not the first time a professor at the school has criticized the athletic department.

In 2014, communication studies professor Kembrew McLeod announced his intention to heckle his employer because the visitors’ locker room at the football stadium is painted pink. McLeod’s plan — which he presumably carried out — was to dress as a robot and parade around at an event honoring Fry, the former coach. (RELATED: Professor To Wear Robot Suit In Futile Protest Against University Of Iowa’s Pink Visitors’ Locker Room)

McLeod called his protest a “Million Robot March.” He wanted the locker room painted some different color because, he explained, the color pink amounts to a school-approved insult that is both sexist and hateful to gay people.

Fry, the winningest coach in Iowa football history, had the locker rooms painted pink in 1979 when he first arrived on campus. He was a psychology major as an undergraduate and he theorized that opposing players who were surrounded by the color pink before a football game would become passive and easier to beat.

Fry also observed that lots of bathrooms for women were pink. It is not clear how he knew this.

Earlier this year, the University of Iowa renovated two offices in the Iowa Memorial Union so Muslim students, professors and staffers can use the rooms as full-time, sex-segregated prayer chambers. (RELATED: Taxpayer-Funded Big 10 University To Get Pair Of Sex-Segregated Muslim Prayer Rooms)

School officials agreed to the dedicated religious use of the taxpayer-funded space at the behest of the Muslim Student Association.

One of the rooms is for Muslim men to pray. The other is for Muslim women to pray. Muslims on the University of Iowa campus are now able to segregate completely by gender and pray to Allah right in the student union — 24 hours a day.

Muslim Student Association event coordinator Mohammed Ismail agreed. “It’s a big place for the moment, but we may see a need for a bigger room in the future,” he told the newspaper.