Chris Brown refused to leave his house Tuesday as police surrounded the premises because a woman claimed he pulled a gun on her in the middle of the night. 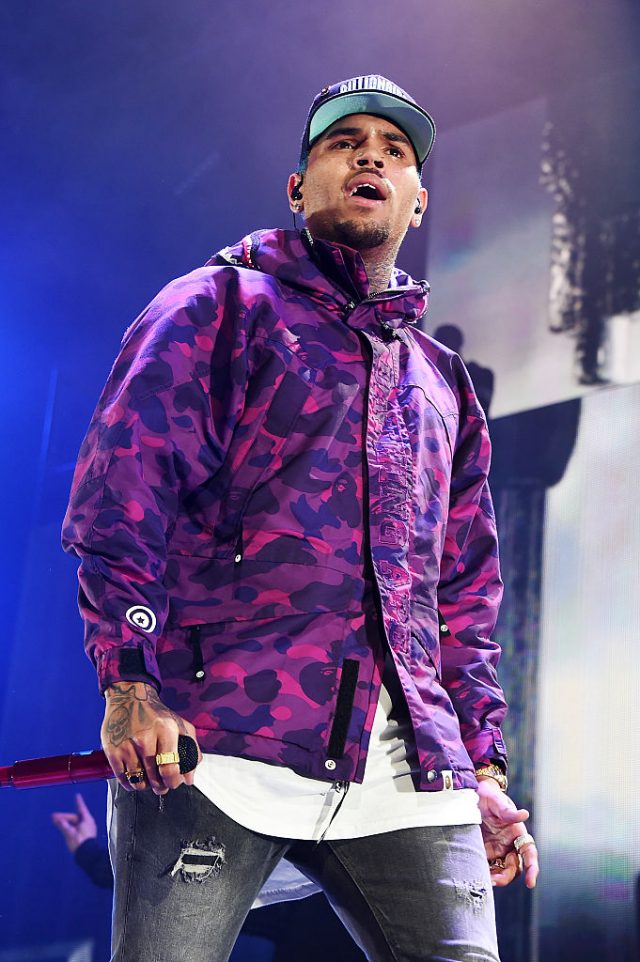 Authorities have been parked outside Brown’s Los Angeles home since the woman called 911 this morning and they are working on obtaining a warrant.

Police did retrieve a gun, other weapons and drugs when the 27-year-old singer threw a duffel bag outside the window of his house after yelling, “Come and get me,” TMZ reports.

“I’m not coming out,” Brown said in one of three videos he posted on his Instagram account. “For what? I ain’t did shit, I ain’t gonna do shit, and it’s always going to be fuck the police. Black lives matter.”

“When you get the warrant, or whatever you need to do, you’re going to walk right up in here and see nothing, you idiots. Y’all are the worst gang in the world and I said it. Fuck you.”

“What I do care about is you are defacing my name and my character and integrity.”