According to the Wall Street Journal and the Anti-Defamation League, Donald Trump is largely responsible for desegregating Florida’s wealthy sporting clubs.

The story starts back in the spring of 1995, when Trump officially opened the Mar-a-Lago Club in Palm Beach. 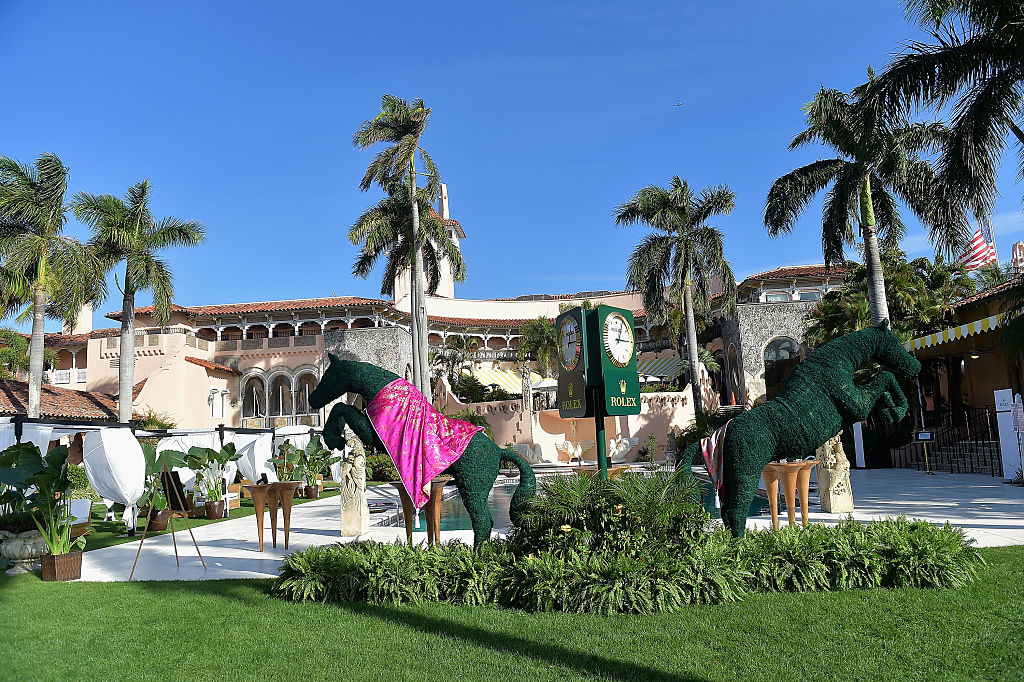 Palm Beach had only agreed to Trump’s plan after placing “restrictions on the club, such as allowing no more than 500 members, to allay residents’ fears about traffic congestion and noise,” the Wall Street Journal’s Jacqueline Bueno reported in 1997.

“This was a very graceful senior-citizen market,” Sheeran said of Palm Beach. “It was nice, clean people. Now, you have a lot of junk-bond money. The quality of the money is not pure,” he added, referencing the period of economic and ethnic diversity Palm Beach was experiencing.

Sheeran claimed that “young monied guys” like Trump were “the prime [movers] of all the young money coming into the market.” 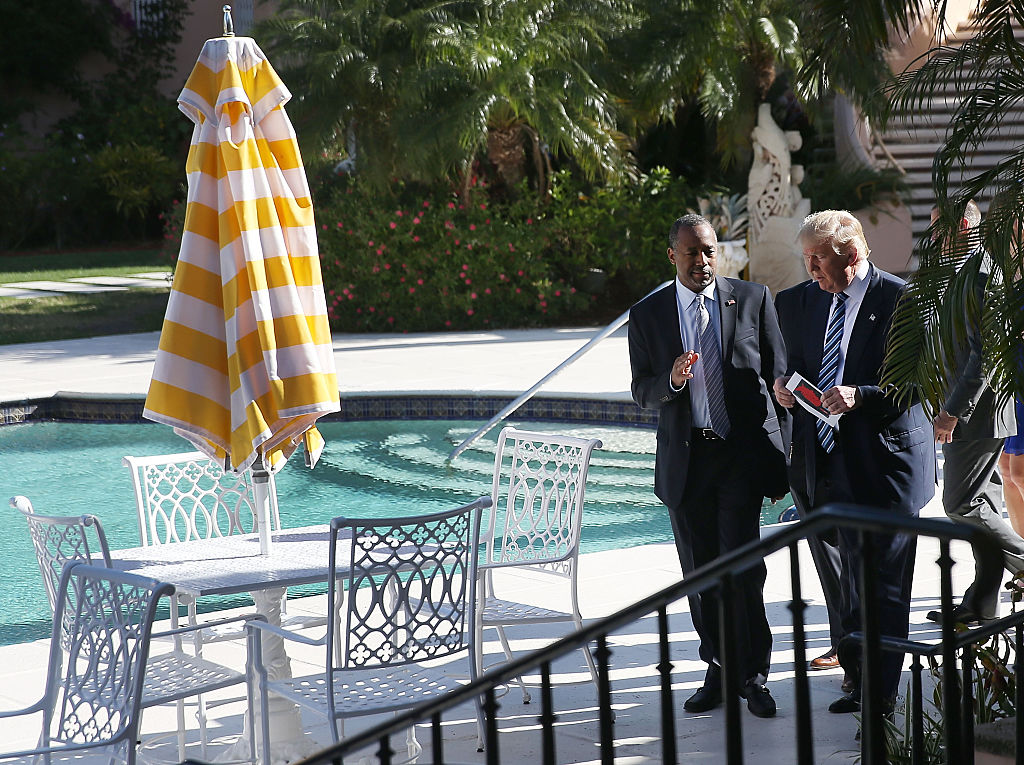 Donald Trump walks with Ben Carson before he receives his endorsement at the Mar-A-Lago Club on March 11, 2016 in Palm Beach, Florida (Getty Images)

Trump abided by the town’s membership restrictions for just over a year.

The culture clash began to approach a climax last fall, when Mr. Trump’s lawyer sent members of the town council a copy of the film “Guess Who’s Coming to Dinner,” a film that deals with upper-class racism. Mr. Trump then approached the town council about lifting the restrictions that had been placed on the club. He also asked some council members not to vote on the request because their membership in other clubs created a conflict of interest.

Last December, after the council refused to lift the restrictions, Mr. Trump filed a lawsuit in U.S. District Court in Palm Beach, alleging that the town was discriminating against Mar-a-Lago, in part because it is open to Jews and African-Americans. The suit seeks $100 million in damages.

Palm Beach and the competing clubs vehemently denied the charges of racism and anti-Semitism, and though Trump eventually retracted the claim — instead alleging “only that the town council has treated Mar-a-Lago unfairly, compared with other clubs in town” — the Anti-Defamation League praised his actions for “elevating the issue of discriminatory policies at social clubs.

“He put the light on Palm Beach,” then ADL national director Abraham Foxman said after meeting with Trump on the issue. “Not on the beauty and the glitter, but on its seamier side of discrimination. It has an impact.”