Rosie O’Donnell slammed Donald Trump after her name came up during the presidential debate Monday night.

The 54-year-old actress responded to the Republican presidential nominee after Trump defended his past comments about the comedian when Hillary Clinton brought up the Republican nominee calling women “pigs” and “dogs” in the past. (RELATED: Rosie O’Donnell Just Said One Thing Donald Trump Fans Won’t Like) 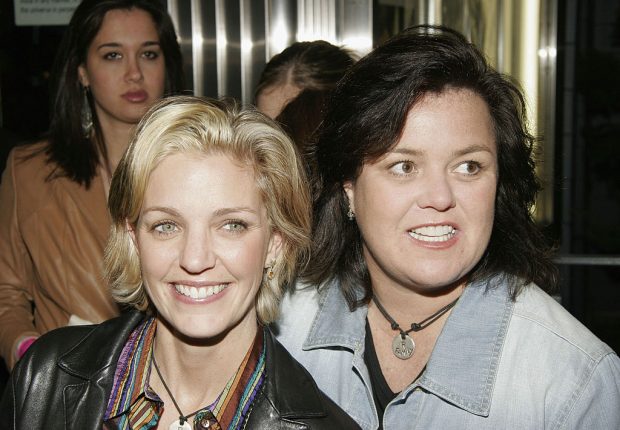 “Hillary is hitting me with tremendous commercials,” Trump said.  “Some of it I said in entertainment, some of it said to somebody who has been very vicious to me, Rosie O’Donnell. I said very tough things to her and I think everybody would agree she deserves it and nobody feels sorry for her.”

“He will never be president… @WeinerAnne,” O’Donnell tweeted in response.

HE WILL NEVER BE PRESIDENT … @WeinerAnne

“The 5 mins orange anus can’t seem to get over — tell the truth – shame the donald #ImWithHer,” she wrote, declaring that she was supporting Hillary Clinton.  (RELATED: Rosie O’Donnell Gives Update After Daughter Reportedly Tries To Overdose)

https://t.co/EvxYa7A4bL — the 5 mins orange anus can’t seem to get over — tell the truth – shame the donald #ImWithHer

The battle between the former host of “The View” and the Republican presidential nominee has been going on for a very long time. Earlier this year, Trump said he would “be doing the country a favor” if he got “elected” because he would be riding the country of “Rosie.” The actress was quick to respond that she was “never leaving” the country, prior to saying the opposite if Trump won.

“LISTEN UP WASTED TRUMPERS,” O’Donnell tweeted. “I AM NEVER LEAVING THE USA – AND HE WILL NEVER BE PRESIDENT – HE IS A MORON – WE ALL SEE.”

LISTEN UP WASTED TRUMPERS – I AM NEVER LEAVING THE USA – AND HE WILL NEVER BE PRESIDENT – HE IS A MORON – WE ALL SEE https://t.co/aAXIOiqUrx