In the small city of Colstrip, a one-time “best sports town” in Montana, the football community has become more about political football than the actual sport.

The 2,300 residents in Southeast Montana face an uphill battle to keep the city alive against an onslaught of legal battles and a major anti-coal crusade launched by outsiders. 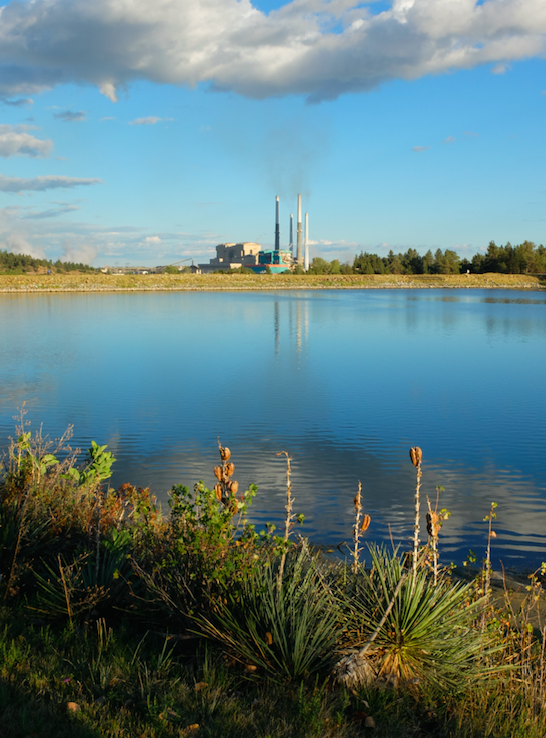 “If you look around these coal mines and this coal plant, it’s the lifeblood of the area,” Jason Small, the head of the local Boilermakers Union, told The Daily Caller News Foundation. “The only reason there is anything here is the support industry for these big capital projects, other than agriculture.”

There is roughly one park for every hundred people in Colstrip, recreation made possible by the high wages and local tax base that came with coal mining. But none of that matters to the environmentalists looking to wean America off coal. In July, an out of court agreement was reached to close two of the four units of Colstrip’s coal-fired power plant by 2022. The Sierra Club and the Montana Environmental Information Center, which sued the plant in 2013, see the closure as a victory.

The agreement between activists and plant operators Talen Energy and Puget Sound Energy means that two coal-fired units will shutter in just six short years. The main reason plant operators came to an agreement with activists was due to political decisions in the Pacific Northwest that changed the economics of the plant. Oregon Democratic Gov. Kate Brown signed legislation in March mandating the state be coal-free by 2030 as part of a wider piece of legislation aimed at developing clean energy. Washington Democratic Gov. Jay Inslee followed up, signing a law in April that allowed for the funding of Puget Sound Energy clean-up and retirement efforts at Colstrip Units 1 and 2.

“You lose two of those units, and you are shutting down half the town,” Small said,  leaning against a machine in the workshop he founded in 2010 as a school for apprentice boilermakers. 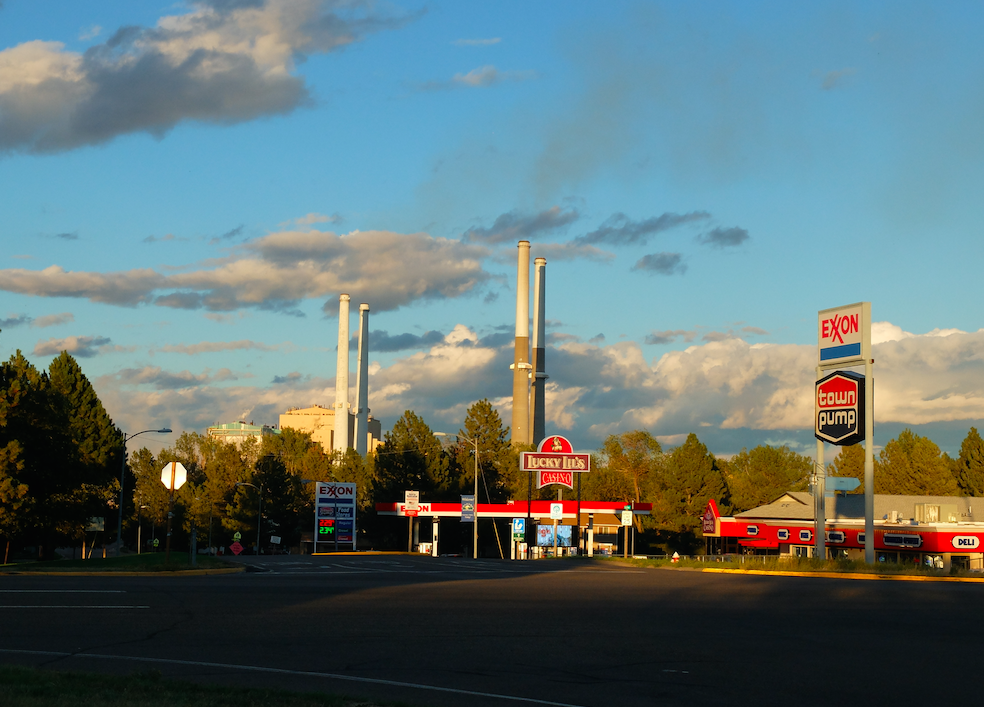 “Back then, we were looking at many new coal-fired plants being built all around the country.” said Small, referring to when he first opened the shop just a football field away from the plant.

Small is of North Cheyenne descent. He’s made an extra effort to recruit American Indian students from the Crow and Cheyenne reservations. Nearly three dozen Northern Cheyenne work at the Colstrip plant, and three times that figure work in the coal fields.

That’s a sizable number for an Indian American community that deals with the highest unemployment in Montana. Small doesn’t plan to give up on the area without a fight; he is running for a Montana State Senate seat. “This closure will have an economic impact on the reservations, throughout the County and across the State of Montana,” he predicts.

Coal Runs Through This Town’s Veins

Colstrip’s rich veins of coal are the reason for the town’s very existence.

In 1928, the community was founded to service the coal-powered trains on the Northern Pacific Railway. The railway owned Colstip until 1959. By then, diesel had replaced coal inside locomotives, and Colstrip turned into a ghost-town. The Montana Power Company (MPC) purchased property in 1959 and began building the first of four coal-powered generating units there in the 1970s. The plant changed hands in 1998, and Colstrip formally incorporated as a town in 1999.

State Sen. Duane Ankney, a Republican, moved to Colstrip in 1969 after serving in the Navy during the Vietnam War. He spent his career working in the coal industry. 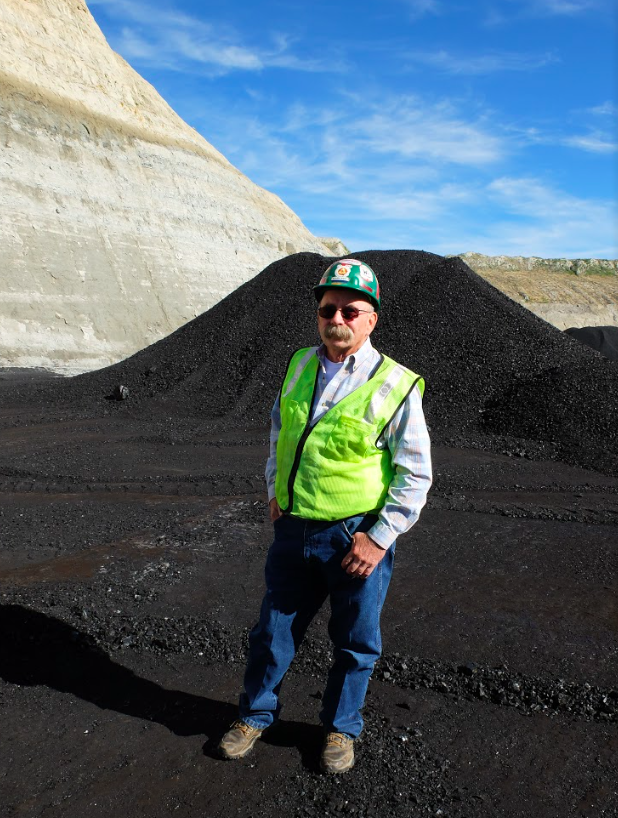 On a warm Autumn day, he tours coal fields where he used to work. The air is clear, the antelope and deer are visible on distant hills as he surveys the site from a large van. The coal at this mine is mined exclusively for the Colstrip plant.

“If you came to Colstrip to work on the first two units and stayed on to finish the last two, you did enough union hours to retire,” he said.

Ankney makes small talk with a current employee of the mine. He’s recently returned from the Montana legislature where he submitted bills to seek recompense for the city’s pending loss.

“What happening across the country is that the blue collar guy — who built Middle America — takes it in the shorts, and the golden parachute guys goes to Belize,” Ankney said.

“If Puget Energy closed they would pay more in golden parachutes to their executives than what I’m asking for in remediation for Colstrip,” he added.

Rounding a hill, the van pulls up to a dragline excavator. The vehicle has dug hundreds of feet below the surface toward rich veins of coal. 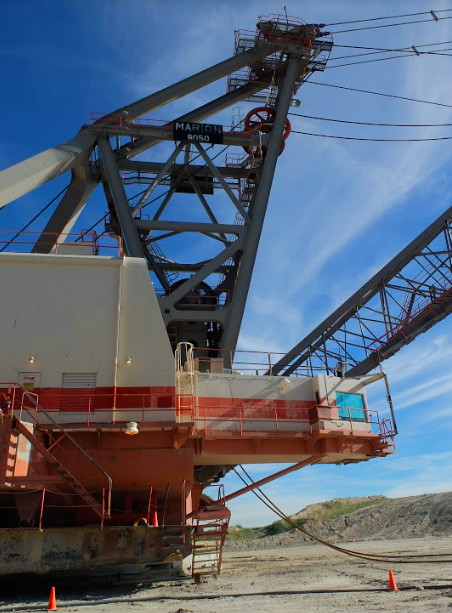 “Coal is labor intensive,” he said. “With coal jobs, someone is taking a paycheck home Friday and putting shoes on the baby. If we don’t keep coal jobs here in Montana, the young, skilled workers are going to leave our state and go elsewhere. If power costs increase, we will lose industries as well.”

As the van leaves the pit, it passes recently mined areas that have been reclaimed. The area is now a grassy field.

Ankney points out a distant mesa used by the Northern Cheyenne tribe to collect eagle feathers. The coal mine worked around the site. Elsewhere on the mine, homestead cabins have been restored to their former locations after the coal beneath them was recovered.

“Colstrip United” stickers and signs can be found all across the town.

A first-time visitor might mistake the moniker for a local soccer club in the sports-mad town. Colstrip United, however, is actually a civic organization committed to saving the community.

Lori Shaw was moved to do something when she saw Facebook posts attacking her community and thermal coal. Lori, who studied environmental science in college, believes the country is mistaken in closing coal plants. “Germany and Australia moved away from coal plants, which has harmed their power grid and reliability,” she said.

Ashely Dennehy, Lori’s friend, has helped in her efforts. Denahey grew up in Colstrip. She works at the Ace Hardware opened by her grandfather. He first taught her to use the cash register there at age seven. 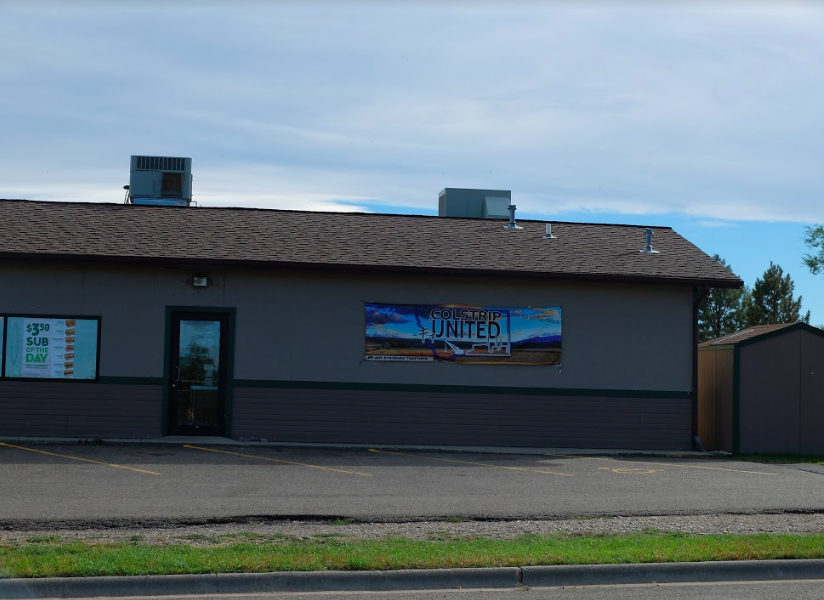 “We have even more churches than bars here in this town,” she says. “Colstrip is a special place. She relates an incident in which a woman worried about the fate of her town began weeping during a visit to the store. “There are people here that are going to lose everything, and we want to be the light at the end of the tunnel.”

Coffee As Good As Seattle

In Alison’s Pantry, the town’s one coffee shop, the scent of fresh coffee mixes with the Montana air. The brew is as good as any in the Pacific Northwest. A lot of the town’s residents have moved to Colstrip from Washington and Oregon, bringing with them a taste for almond milk in their coffee and a passion for Seattle sports teams.

Robin Sterrett, a retired mechanical engineer who worked at both the local plant and the mine, offered his thoughts on the future of coal and the town of Colstrip. Sterrett, a passionate op-ed defender of his small town, says outsiders fundamentally misunderstand the issues. 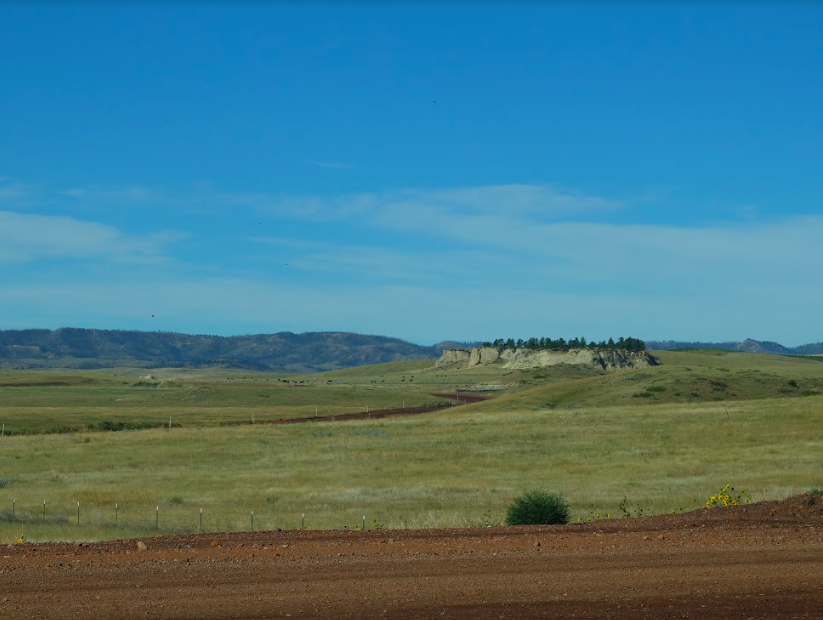 A mesa where eagles are often found is on the coal mine. (Joseph Hammond/The Daily Caller News Foundation)

“Those who say these are old plants don’t take into consideration Montana’s dry climate and the fact that wear and tear on a plant back East are going to be notably more than those operating in a dry climate like here in Montana,” he said.

“They are shutting down these units as a result of a backroom deal,” he added.