Mediaite had to revamp an entire article after one of its senior reporters mistook a strikeout sign at a World Series game Wednesday night for a KKK symbol.

While most people in America were enjoying one of the most exciting sporting events in U.S. history, Mediaite senior reporter Josh Feldman spent his Wednesday night tweeting about the potential civil war caused by a prospective Donald Trump presidency.

There is a non-zero number of people who want Trump to win so they can call dibs on being the leader of the Resistance.

I’m concerned about what Trump could do on the world stage. America will not turn into The Hunger Games.

Not in his first term anyway.

But Feldman’s reverie was briefly interrupted when he thought he saw a Ku Klux Klan sign in the stands during Game 7.

“K” is the baseball symbol for a strikeout, so naturally the KKK sign Feldman saw simply represented three strikeouts. But rather than do the 10 seconds of research necessary to discover this, Feldman raced ahead like Custer into Little Bighorn, hastily writing and publishing a story titled “Wait, What’s That KKK Sign Doing At The World Series Game?” 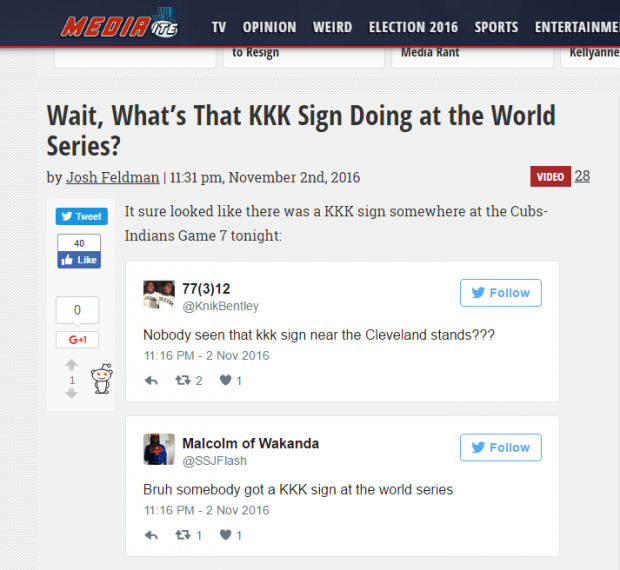 Mediaite scrambled to contain the error by reframing the piece to blame “some Twitterers” for the KKK mistake.

“UPDATE- This post has been updated to reflect the fact that it was NOT a KKK sign, it was signifying the number of strikeouts,” the post reads now. Feldman’s name has also been removed from the post, which is now credited generically to “Mediaite Staff.”

Feldman tweeted out an apology, saying he needed to do more reading up on “sportsing things.”

Apologies for the fuckup. Need to do more reading up on sportsing things. 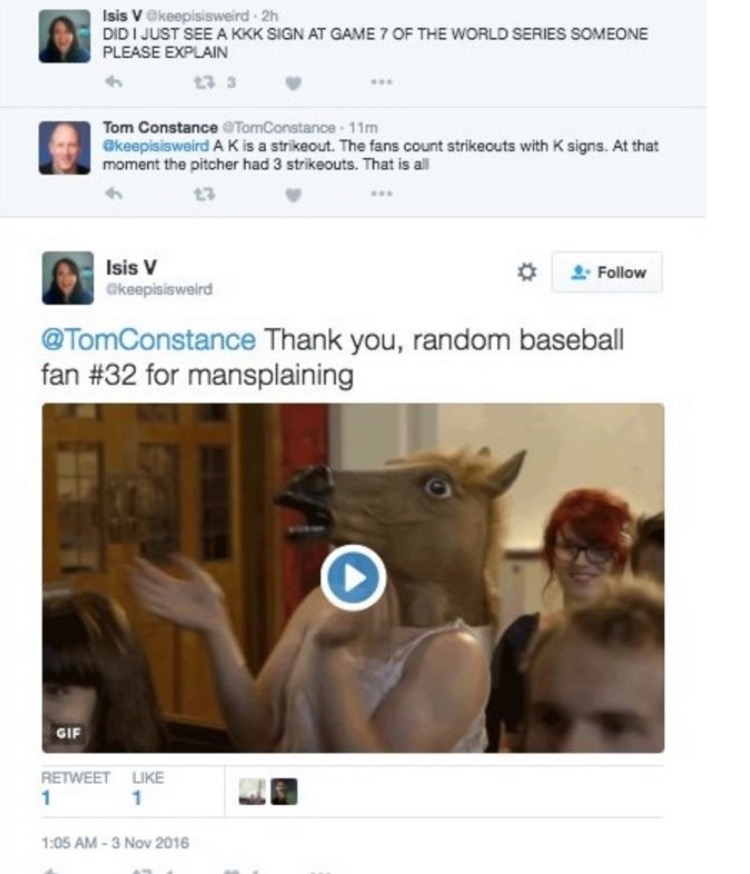 Meanwhile, as least one person on Twitter blasted the strikeout explanation as “mansplaining.”