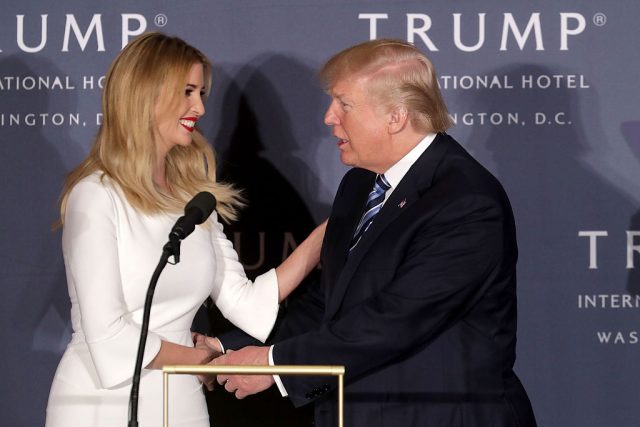 The Republican nominee’s daughter said the energy of the American people has “fueled” her father throughout the last few months while she, Donald Trump Jr., and Tiffany Trump were all interviewed on “Hannity” Monday night.

“You meet so many people and you hear their incredible stories,” Ivanka said. “It’s the fuel that motivates you, and I see it every day. Yesterday my father was in six states — it’s almost like he’s a machine.” (RELATED: What Ivanka Trump Told The Republican National Convention About Her Father)

“He’s buoyed and fueled by the energy of the people and by their belief in him as an agent of change.”

Ivanka has been one of her father’s most popular surrogates on the campaign trail.