In the summer of 2014, BuzzFeed fired Benny Johnson for plagiarism. After reviewing 500 of the reporter’s posts, Editor-in-Chief Ben Smith announced that 41 had been copied from other sites. That same year, BuzzFeed  admitted to secretly deleting nearly 5,000 posts, which was reported by the now defunct Gawker.

Johnson didn’t write all those posts. But he took the fall.

He moved on to National Review and eventually landed at a more permanent site.

Now creative director for Independent Journal Review, is Johnson having the last LOL? 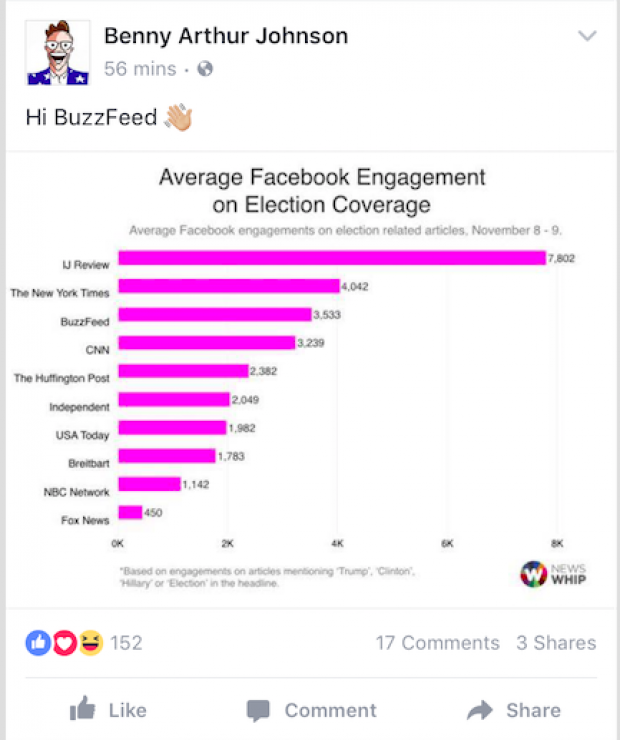