People are furious that CBS never published a clip of Donald Trump calling for an end to violence in his name. 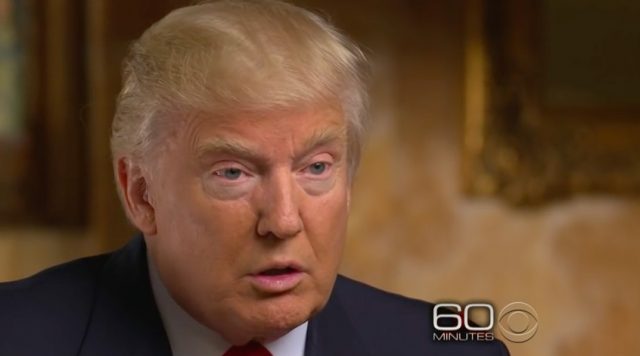 The president-elect sat down for an interview with Lesley Stahl on “60 Minutes” Friday. Because the episode didn’t air until Sunday, CBS released teased several short promotional videos of the interview.

Though the network teased a clip of Trump shifting his position on Obamacare, it did not release one of him demanding that his supporters not attack minorities.

“I am very surprised to hear that, ” Trump said when Stahl told him some attacks on minorities have been committed. “I hate to hear it. I am so sorry to hear it, and I say stop it. And I say right to the camera, stop it.”

Instead, CBS aired his comments on the Affordable Care Act.

“We chose to release a quote on the issue that affects the most Americans & that was his statement on Obamacare,” a spokesperson for CBS told CNN in a statement Monday.