During a Wednesday morning interview on MSNBC, Rep. Steve King pointed out an obvious flaw in one of Democrats’ favorite immigration talking points.

King and MSNBC’s Stephanie Ruhle had been discussing King’s qualifications to possibly serve in Trump’s cabinet.

King noted that his tenure serving on the House Judiciary Subcommittee on Immigration and Border Security would qualify him to serve as Secretary of Homeland Security and proceeded to state that the U.S. needs to prioritize an immigration system that preserves “the American culture, the American civilization and the American dream.”

“Eventually we need to get the assimilation in place so that we could have cultural continuity on top of that.”

Ruhle countered by arguing that such a line of reasoning could have theoretically been used by Native Americans to prevent European colonization, adding that America is a “country of immigrants.” 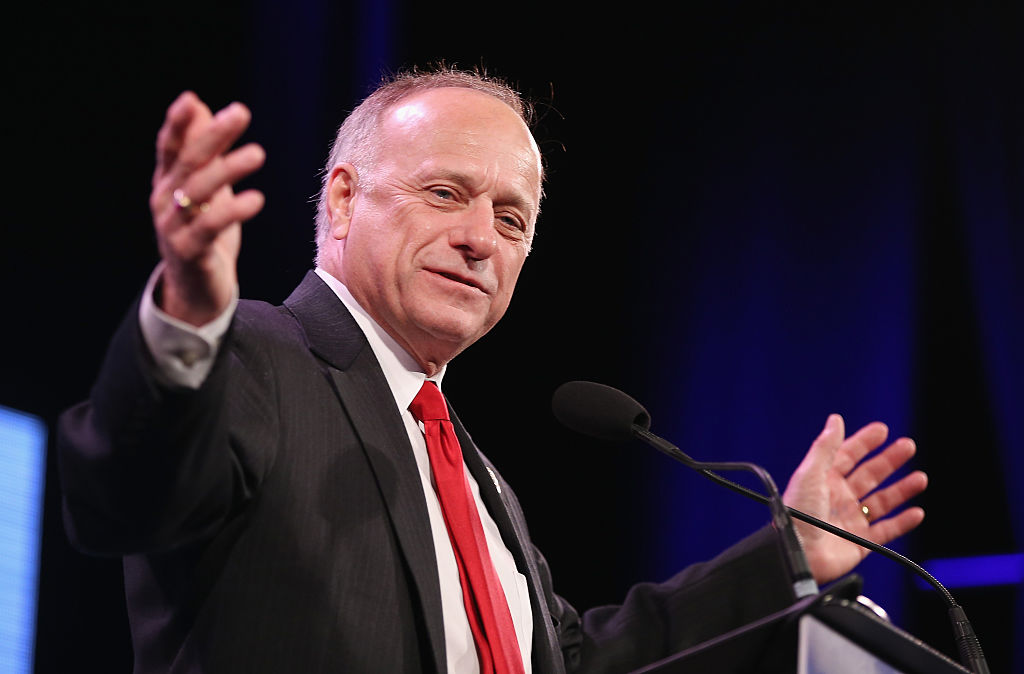 Ruhle again tried to one-up King, stating that “Greece is not a country of immigrants.”

King had the perfect response.

“Well, I was in Greece not too long ago, and I asked why when they were digging up the statues that had their hair painted blonde, why I don’t see very many blonde Greeks? The guide looked at me and said that’s what 400 years of Turkish occupation will do to you. I think they are a country of immigrants, maybe by conquest and not by peaceful methods.”

Hillary Clinton and Democrats often used the “country of immigrants” line to attack Donald Trump’s immigration stance throughout the election.

Notably — during the third and final presidential debate — Clinton stated that America is “both a nation of immigrants and … a nation of law” to undercut Trump’s call to secure the southern border.