A poll released by the Kaiser Family Foundation Thursday found that support for a full Affordable Care Act repeal has significantly decreased since Donald Trump won the election.

Of the 1,202 adults Kaiser surveyed from Nov. 15-21, only 26 percent responded that they support a full Obamacare repeal. 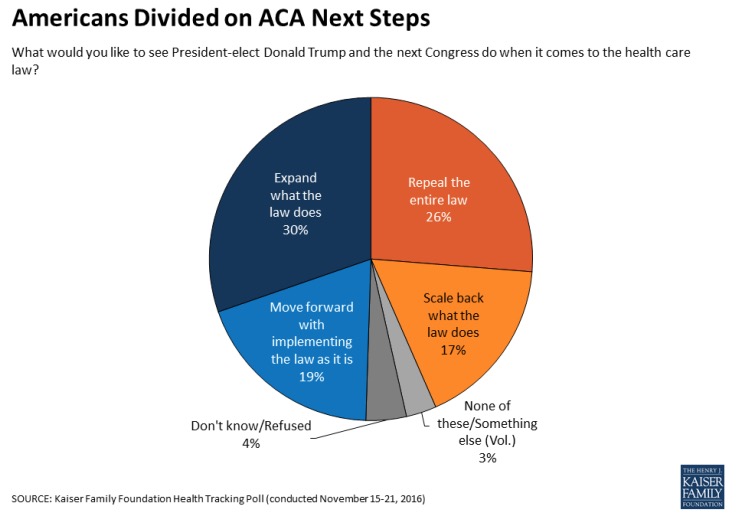 Additionally, the number of self-identifying Republicans supporting a full repeal fell from 69 percent in October 2016 to 52 percent this past month.

The majority of those who no longer support a full repeal now support a partial repeal, and that category saw a 13 percent jump from October to November. 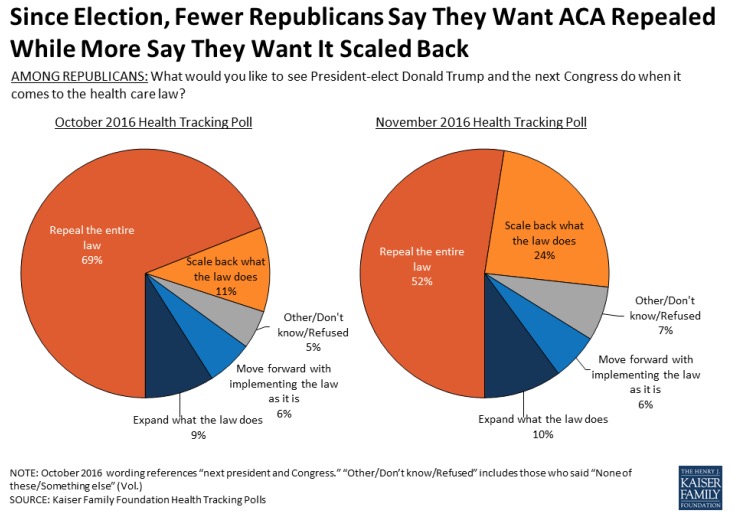 Fifty percent of survey participants who say they voted for Trump still support a full repeal. 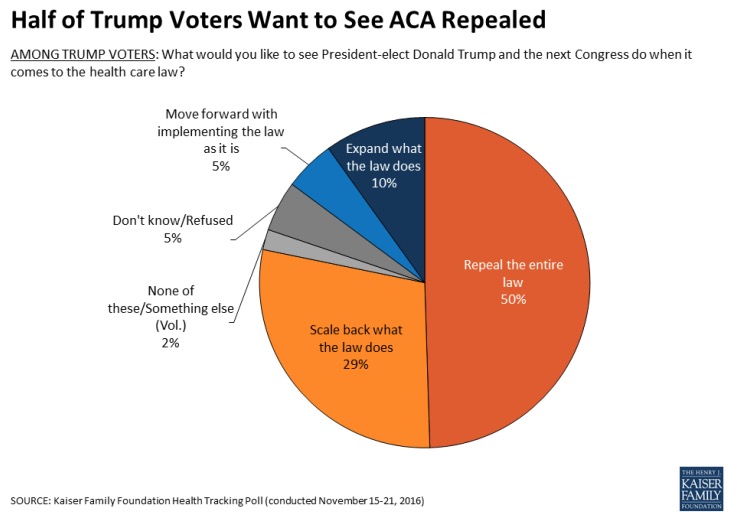 Though Kaiser’s survey had 1,202 participants, the results could be significantly skewed, considering only 316 and 364 participants identified as Republicans and Trump voters, respectively.

[dcquiz] One of Trump’s biggest campaign promises was a full Obamacare repeal within his first 100 days in office.

After meeting with President Obama after the election, Trump said he would consider keeping two parts of the law, yet he tapped Tom Price — one of Obamacare’s harshest congressional critics — to serve as his secretary of health and human services.