Kaepernick, who has supported dictator Fidel Castro, finished with a total of four passing yards before being benched in favor of the backup after taking five sacks for a loss of 25 yards. (SLIDESHOW: This Supermodel Might Be The Sexiest NFL Girlfriend)

The dual-threat quarterback, who also refuses to stand for the national anthem, finished with one completion on five attempts. (SLIDESHOW: 13 Times Paulina Gretzky Looked Absolutely Incredible) 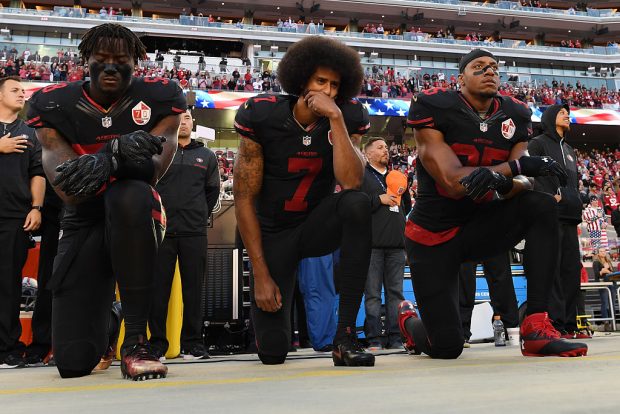 Kaepernick would have been better off just… taking a knee. https://t.co/pFIjWvlbCu

Have a day, Colin Kaepernick! pic.twitter.com/pmb598Qovm

Colin Kaepernick to opt out of his contract and test the free agent market. Attention teams who like losing in front of alienated fans.

Before getting benched, Colin Kaepernick finished his day 1 for 5 for 4 yards and was sacked 5 times for a QB rating of “drunk Tim Tebow”

The Bears finished the game by blowing out the 49ers. Perhaps Kaepernick can take some time to consider his play next time he kneels during the national anthem.