If you have a young child, you certainly know that this year’s hottest toy is the Hatchimal. A Hatchimal is an interactive stuffed creature in an egg; you have to tenderly care for it in order for it to “hatch.” You also probably know that Hatchimals are sold out everywhere. According to CNBC, Target is going to restock the toy in limited supply on Sunday and also offer Hatchimal-themed gift cards for kids to use when the next batch arrives in 2017.

If you aren’t among the lucky ones to get a Hatchimal from Target on Sunday for the reasonable price of $59.99, you might have to buy from a third party. At least, that’s what some sellers are hoping for. An Amazon search for ‘Hatchimals’ reveals the lowest priced Hatchimal you can get is a “Penguala” for $189.  If you don’t want the Penguala, well, then there’s the “Draggle.” And it costs $239. 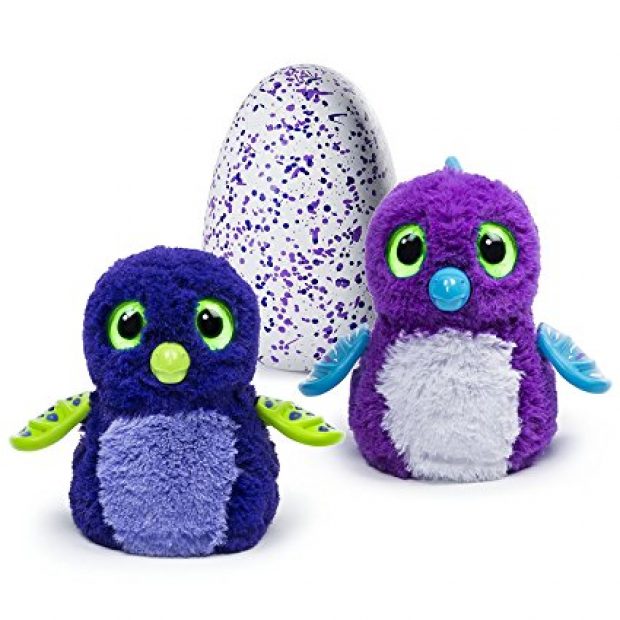 This costs a lot of money (Photo via Amazon)

Needless to say, Amazon customers are not happy with this pricing. In the “Customer Questions & Answers” section, there is only one query: “Does this toy include the soul of the loser who is selling it for +500% the retail value?”

Furthermore, 86 percent of customers have given it a 1-star rating. A look at the reviews shows they don’t have anything against Hatchimals. The seller? That’s another story altogether.

Here’s the review from Gerick23:

Gotta love the spirt of Christmas where people take advantage of families with children who really want this but refuse to pay over market price for it. Grow up and be respectful. Anyone who sells this to make a profit has no heart. I hope karma comes back to haunt you.

Every year there has to be somebody ripping off parents. Hate this.

The next review is no less pleasant:

Whoever is selling these at this price is seriously messed up in the head and obviously has no children. And NO concept of what Christmas means.
No, I’m not looking for one BUT these kind of people are just WRONG!!
Wouldn’t let me rate 0 or LOSER

This didn’t make a woman who goes by “Happy Lady” particularly happy:

I will never buy this at this price…shame on you for taking advantage of parents. What a rip off!

I think you get the point. But there are many more comments where those came from, all with the same theme. In total, only four reviewers didn’t give it the brutal 1-star rating. They gave it a perfect 5 out of 5 stars. But instead of praising the Hatchimal, they attacked the critics.

And that’s all just for the Draggle. If you want an Owlicorn, you have to pay $295. (And there are only two left in stock).

If you haven’t gotten your kid the Hatchimal that he or she wants this year, you might be out of luck. Either run to Target first thing Sunday morning or be ready to pony up the big bucks. Otherwise you might find yourself fighting Sinbad for it on Christmas Eve.

WATCH Trailer For ‘Jingle All The Way‘: