New York Times energy reporter Clifford Krauss thought he had President-elect Donald Trump’s secretary of sate pick on the ropes when he retweeted what he thought was ExxonMobil CEO Rex Tillerson’s Twitter account. 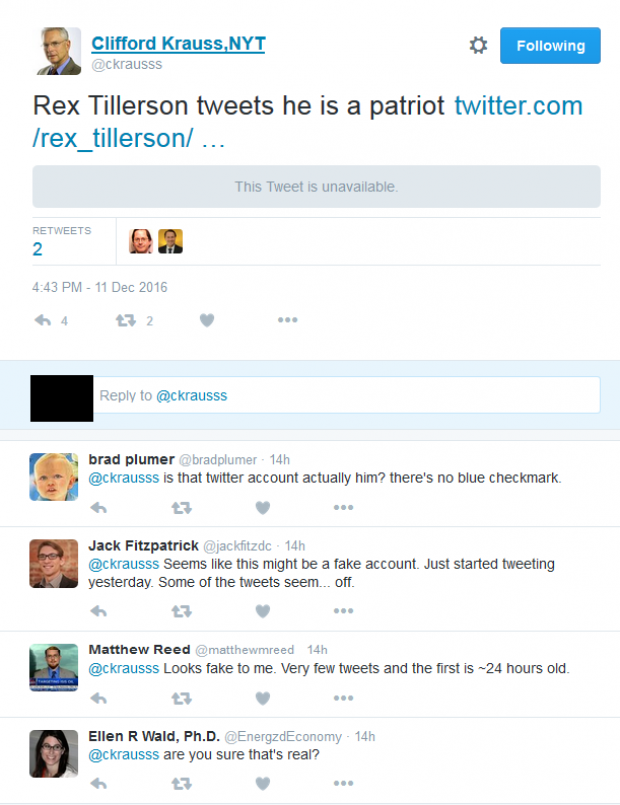 Krauss, to his credit, eventually admitted he may have retweeted a fake account, but argued the “tweets didn’t seem fake”

But Krauss wasn’t alone. At least two other prominent journalists went after the fake Tillerson account. Twitter suspended the account, but not before it fooled some journalists. 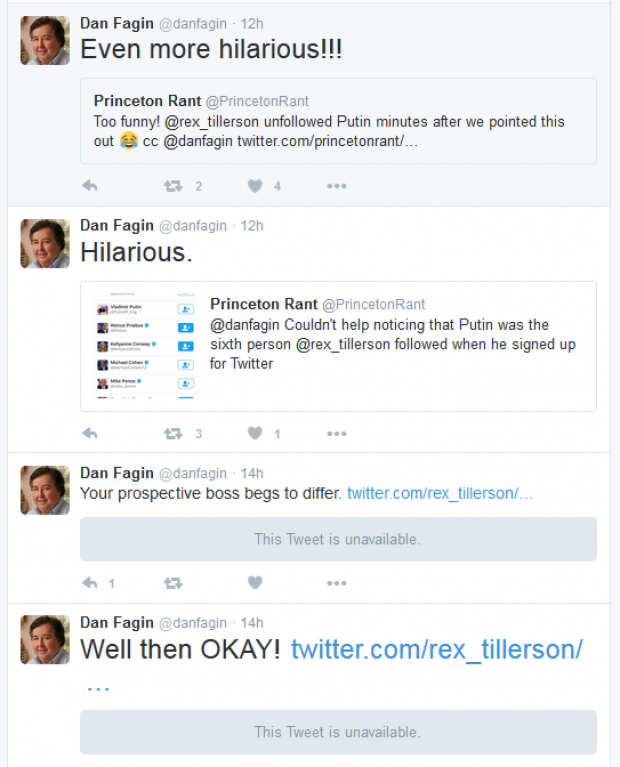 Fagin doubled down when he was told the fake Tillerson account unfollowed Putin after being chastised for it over Twitter. Fagin eventually realized, however, the account was fake.

Account now suspended, so it was a fake. https://t.co/3XW4ANIn8i

She was even in disbelief when a fellow Twitter user told her she was retweeting a fake account. She said “it appears real. No one has asked it be called parody or be taken down?” 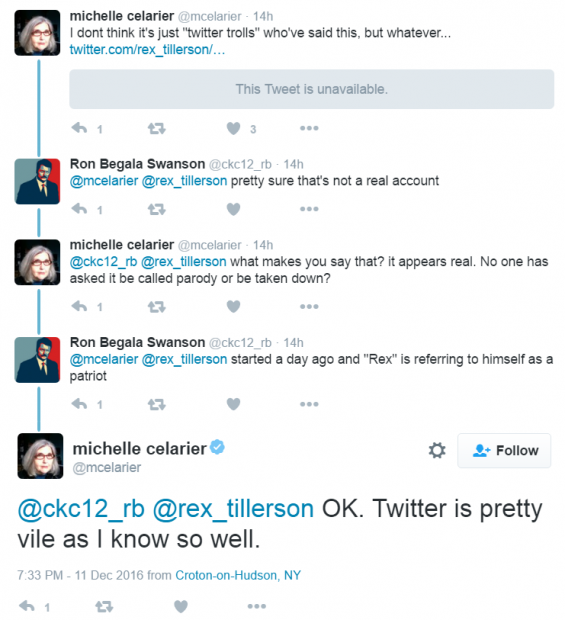 Trump is expected to officially name Tillerson as his pick to head the Department of State sometime this week, according to news reports. Tillerson has spent his entire career working for Exxon, first as an engineer and now as CEO.

Already, though Democrats are attacking the oil executive — not only for his career as an oil man, but also for his ties to Russia.

Democrats concerned about global warming and Republican defense hawks could band together to hinder Tillerson’s confirmation hearings or even block the nominee altogether.

“It is a matter of concern to me that he has such a close personal relationship with Vladimir Putin,” Arizona Republican Sen. John McCain told CBS’ “Face the Nation” Sunday.

“And, obviously, they have done enormous deals together, that would color his approach to Vladimir Putin and the Russian threat,” McCain said.