Barack Obama said voters should have been more disturbed by the fact that Russia may have hacked into the Democratic National Committee’s emails rather than by what information was in those emails. 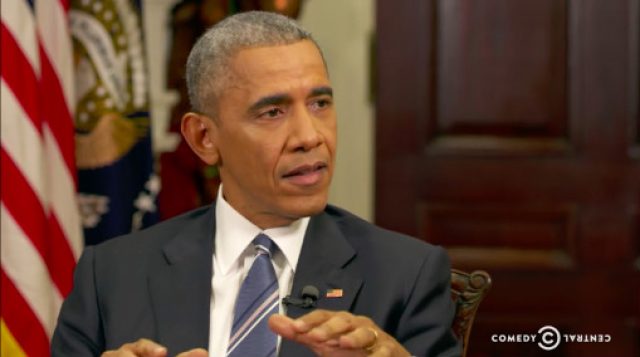 During a pre-taped interview at the White House with Trevor Noah, Obama said the alleged Russian hack was not a surprise to him.

“It was the consensus of all the intelligence agencies that organizations affiliated with Russian intelligence were responsible for the hacking of the Democratic National Convention,” Obama said during Monday night’s episode of “The Daily Show.”

“That was a month before the election. This is not a secret.” (RELATED: Donna Brazile Shared Additional Debate Questions With Clinton Campaign, Identified Her Tipster)

“I don’t think there was any doubt among anybody in the media or among members of Congress as to who was being advantaged or disadvantaged by the political gossip that was being put out in drip, drip, drip fashion up to the election.” 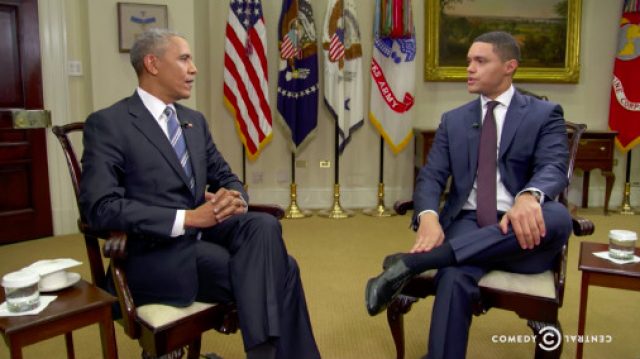 “What is it about the state of our democracy where the leaks of what were frankly not very interesting emails, that didn’t have any explosive information in them, ended up being an obsession? And the fact that the Russians were doing this was not an obsession?”

[dcquiz] “The president-elect in some of his political events, specifically said to the Russians, ‘Hack Hillary’s emails so that we can finally find out what’s going on and confirm our conspiracy theories,'” he continued.

“The real question that I think we all have to reflect on is what’s happened to our political system where some emails that were hacked and released ended up being the overwhelming story and the constant source of coverage, breathless coverage that was depicted as somehow damning in all sorts of ways — when the truth of the matter was it was fairly routine stuff.”

While on the subject of Trump, Obama hinted that he might change his opinion on daily intelligence briefings once he’s inaugurated.

“Well, I think the president-elect may say one thing and do another once he’s here, because the truth of the matter is that it’s a big, complicated world,” he said.

“It doesn’t matter how smart you are, you have to have the best information possible to make the best decisions possible.” (RELATED: Leaked Emails Reveal Hillary Clinton Hates The Phrase ‘Everyday Americans’)