In the lead up to President-elect Donald Trump’s election, 12 women came out and said that the New York businessman had sexually assaulted them. Many have remained silent since the election, and none have made it known that they seek to file a lawsuit against Trump for the alleged sexual assault.

Trump during the campaign called the women “liars” and said that after the election he would sue the women who had accused him of sexual assault. His transition team did not return a request for comment.

One of his sexual assault accusers Summer Zervos said in a press conference days after the election that she refuses to “be intimidated into silence.” And that she’d like for Trump to retract his statement saying she’s a liar. 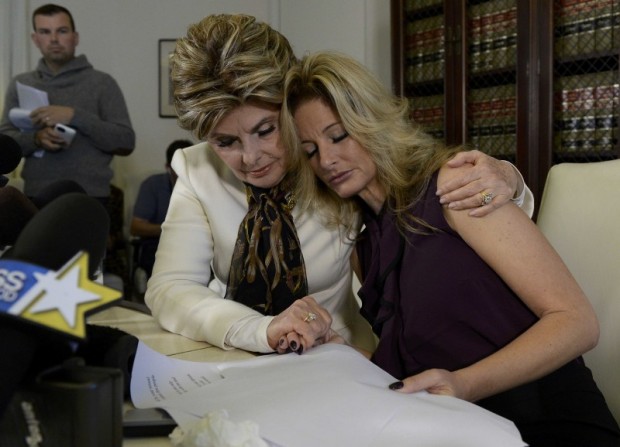 Summer Zervos, a former contestant on the TV show The Apprentice, is embraced by lawyer Gloria Allred (L) while speaking about allegations of sexual misconduct against Donald Trump during a news conference in Los Angeles, California, U.S. October 14, 2016. REUTERS/Kevork Djansezian TPX IMAGES OF THE DAY

Zervos is represented by attorney Gloria Allred, as are fellow accusers Karena Virginia, Jessica Drake, and Temple Taggart. Allred recently wrote in a piece for The Hollywood Reporter that if Trump does sue, his accusers will sue him for defamation and that’d he’d have to sit for a deposition. She added that if Trump “does not sue any of the accusers, it is possible someone will sue him first. We will just have to wait and see.”

President Bill Clinton was sued by Paula Jones for sexual harassment while he was in office, and Allred said during a Nov. 11 press conference that Trump could be sued as president. 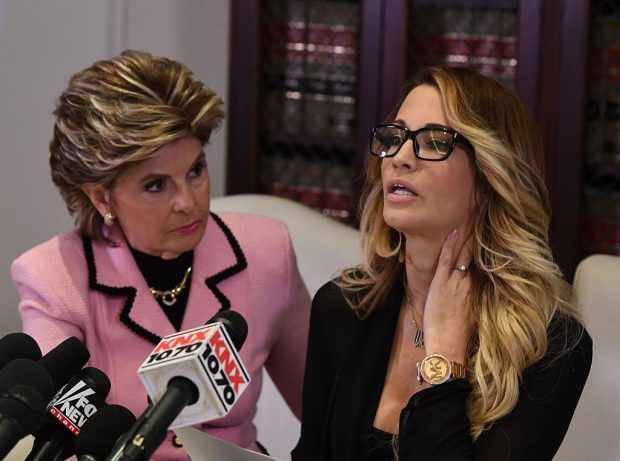 Seven other women announced their allegations against Trump during the election. Mindy McGillivray said Trump groped her during a 2003 Palm Beach, Fla. party and, before the election, said she was planning to leave the country. She has remained silent since the election and has not returned a request for comment.

Two of Trump’s sexual assault accusers Ninni Laaksonen and Jessica Leeds made their claims known through newspapers. The Daily Caller has not been able to reach them and they have both remained silent since Trump’s win.
Rachel Crooks and Kristin Anderson were both contacted by the TheDC and did not reply. They have also not spoken out since Trump’s win.

Cassandra Searles said in a Facebook comment in June that Trump grabbed her ass without her permission, but has refused to comment on this statement since then and did not reply when TheDC asked her if she has plans to file a lawsuit.

Former People magazine writer Natasha Stoynoff in October said that while interviewing Trump in 2005 at his Florida Mar-a-Lago home, she was sexually assaulted. She has not made any plans to sue Trump public, but since the election she has published a book tilted “Chicken Soup for the Soul: Curvy & Confident: 101 Stories about Loving Yourself and Your Body.”

There was one sexual assault accuser that was known before the election, Jill Harth. Harth had filed a 1997 lawsuit alleging “attempted rape,” and she later withdrew the suit.