New details have been released about President-elect Donald Trump’s inauguration and how it will stand out from its predecessors.

On Tuesday, Tom Barrack, the chairman of the Trump inaugural committee, told reporters at Trump Tower that President Barack Obama has invited the president-elect and his wife to the White House before the swearing-in ceremony on January 20th for coffee and tea. The two men with their wives will then ride together to the Capitol. (RELATED: New Details Surface About Trump’s Inauguration) 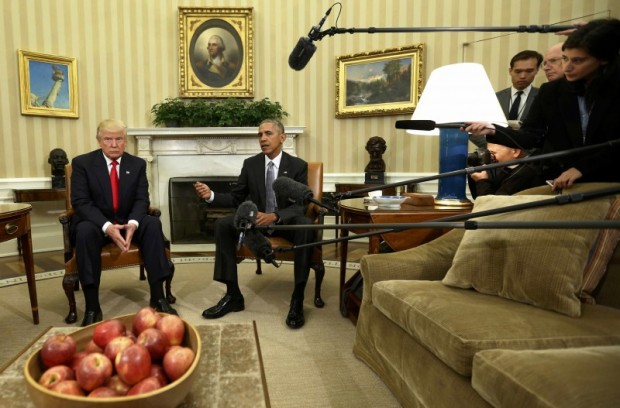 “The inauguration’s gonna be amazing,” Barrack said. “What we’re doing is trying to orient it toward the greatest tribute to America. The only peacetime transition of partisan power that ever happens this way.”

“The focus for this president, since he is a celebrity, is really on the place, on the people,” he added. “Martin Luther King Day is Monday, which is going to be a great epic start…There will be a series of events leading up to Thursday. Each of the venues is really oriented to just allow people to breath the place, rather than the actors on the stage.”

“We’re fortunate in that we have the greatest celebrity in the world, which is the president-elect, side by side is the current president…So what we’ve done instead of trying to surround him with what people consider A-listers is we are going to surround him with the soft sensuality of the place,” he continued. “It’s a much more poetic cadence than having a circus-like celebration that’s a coronation. That’s the way this president-elect wanted it.”
“It will be beautiful. The cadence of it is going to be ‘let me get back to work.’ He really wanted it to be about the people, not about him. His instruction to me was the campaign is over, I am now president for all the people.”