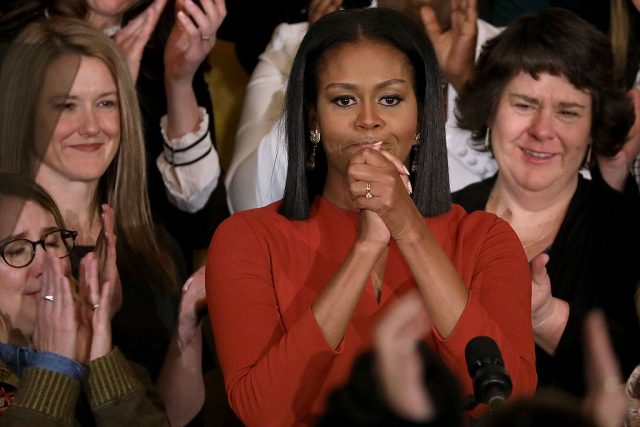 In a move that some took to be a quiet dig towards Donald Trump, the first lady tweeted that she was “thinking of Dr. King and great leaders like @repjohnlewis who carry on his legacy.”

“May their example be our call to action,” she said. (RELATED: Trump Strikes Back After House Dem Says He’s Not ‘A Legitimate President’)

Thinking of Dr. King and great leaders like @repjohnlewis who carry on his legacy. May their example be our call to action. -mo 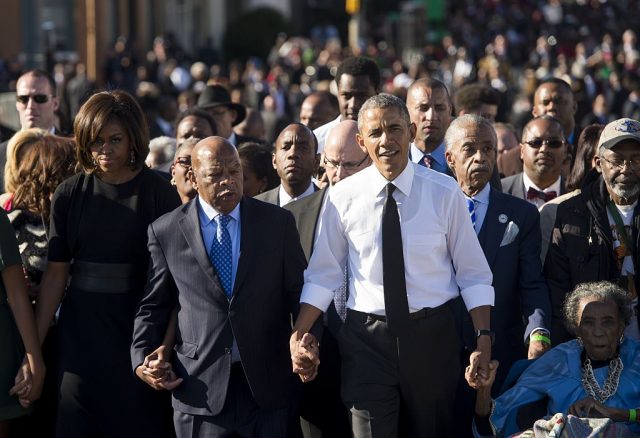 Lewis, the Democratic congressman who represents the posh Buckhead area of Atlanta — became embroiled in a feud with Trump after he told Chuck Todd that he did not think he was “a legitimate president.”

Trump fired back by saying that Lewis should spend more time focusing on his own “crime-infested district” instead.

mention crime infested) rather than falsely complaining about the election results. All talk, talk, talk – no action or results. Sad!