Noor Tagouri is a young journalist and, apparently, the first woman to wear a hijab in Playboy magazine. She is not Noor Salman, the wife of Pulse nightclub shooter Omar Mateen.

And here’s Noor Salman, posing with Mateen and their child:

Clearly, Salman and Nagouri are two different women with the same first name.

And yet here’s what the geniuses at Raw Story did when Salman was arrested yesterday: 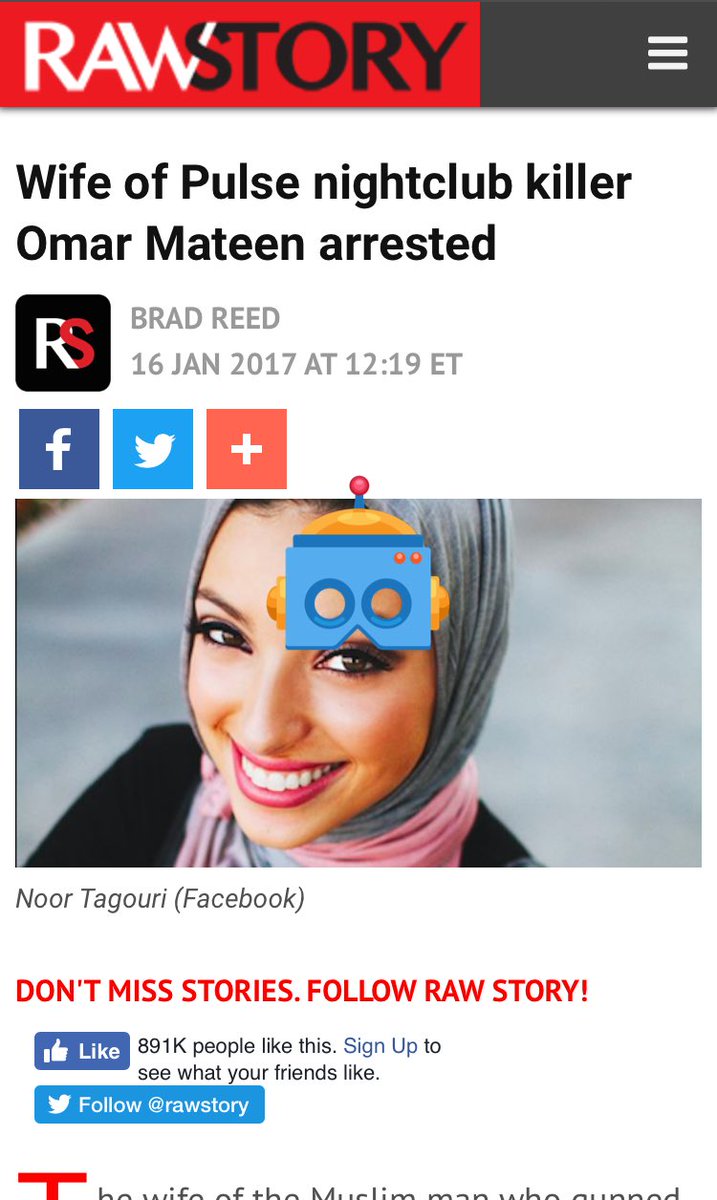 Here’s what probably happened: One of the big brains at Raw Story looked up “Noor Salman,” and Tagouri’s pic came up. The aforementioned big brain saw the name “Noor” and figured that was her. How could there be more than one Middle Eastern woman named Noor? Those people all look alike to our friends at Raw Story, I guess.

If they have any integrity, any sense of shame, they’ll acknowledge their stupid mistake and apologize to Tagouri.

Still no word from @RawStory…pic still comes up in google cache version of story. Not ok. https://t.co/MzvH1xClkm pic.twitter.com/JWBI8IEfRF