Omarosa Manigault says president-elect Donald Trump is going to “win over” even the people who didn’t vote for him.

In an interview with Variety magazine Tuesday, Trump’s incoming assistant director of communications for the Office of Public Liaison talked about what she expects the president-elect to accomplish during his presidency and said she believes he is going to surprise people. (RELATED: Omarosa Lands A Job In Donald Trump’s White House) 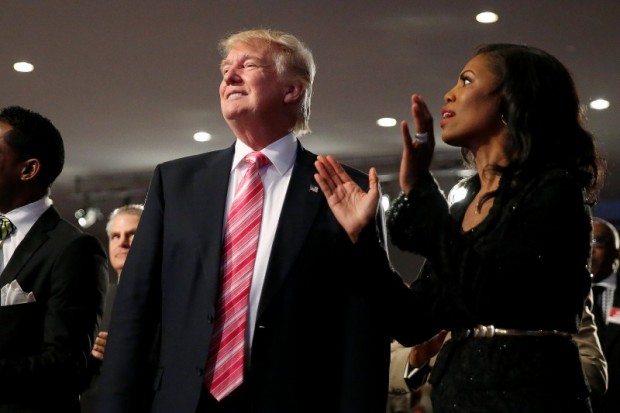 “Well, that’s the one thing you learn about politics: There are winners, and there are losers, you know,” Manigault said. “You have to really meet people where they are. Once he starts turning around what’s happening in this country in terms of providing Americans with jobs and safety and security, taking care of the homeland, and shoring up the border, I think that he’ll win over so many people who were not on our side.” (RELATED: Omarosa To Trump Critics: You ‘Will Have To Bow Down’ To Trump [VIDEO])

“Well, the wounds and divide from this campaign are deep,” she added. “As with any situation, where you have that kind of division or that type of wound, it takes time to heal. But you have to first acknowledge that there’s some healing to be done.”

“I acknowledge that this campaign was really, really tough,” she continued. “I’m going to, in my way, try to heal the divide that came out of this campaign and try to set an environment that is conducive to that healing. At some point, those folks who had such arrogance about them, they will have to stop and acknowledge that what he did was unprecedented, that this victory is historical.”