The New York Times interpreted a quote from a former Trump transition official to mean that Rick Perry, President-elect Donald Trump’s pick for secretary of energy, didn’t fully grasp the role of the Department of Energy.

That former transition official, Michael McKenna, told The Daily Caller Wednesday that the Times misinterpreted him and Perry “of course” understood that a key role of the Department of Energy is caring for the nation’s nuclear arsenal.

The Times story, “‘Learning Curve’ as Rick Perry Pursues a Job He Initially Misunderstood,” was written by Carol Davenport and David Sanger and published Wednesday.

Davenport and Sanger wrote that in the “days after” President-elect Trump offered former Texas Gov. Perry the job of energy secretary, Perry “discovered” that he would “become the steward of a vast national security complex he knew almost nothing about, caring for the most fearsome weapons on the planet, the United States’ nuclear arsenal.”

The only source for this knowledge mentioned by the Times was Michael McKenna, an energy lobbyist who previously advised Perry’s failed 2016 presidential campaign and worked on the Trump transition’s Energy Department team. McKenna left the transition team weeks before the selection of Perry as secretary of energy was announced.

McKenna told the Times, “If you asked him on that first day he said yes, he would have said, ‘I want to be an advocate for energy,'” The energy lobbyist added, “If you asked him now, he’d say, ‘I’m serious about the challenges facing the nuclear complex.’ It’s been a learning curve.” (RELATED: The Washington Post’s Incredibly Botched Story On ‘Russian’ Hacking)

McKenna, though, told TheDC that the “headline” and lede of the story “don’t really reflect what I said.” He added that “of course” Perry understood the role of the Department of Energy when he was offered the job. Two-thirds of the DOE’s budget is devoted to maintaining the nation’s nuclear stockpiles. The nation’s primary site for the assembly and disassembly of  nuclear weapons is located in Amarillo, Texas, a state Perry was governor of for 14 years.

TheDC has reached out to Davenport and Sanger to see if they will issue a correction to the story. They did not respond by press time. (RELATED: NYT Flubs Story On Food Stamps And Soda — Twice)

Journalists from a variety of outlets promoted the false claims in the story in the hours after it was published. 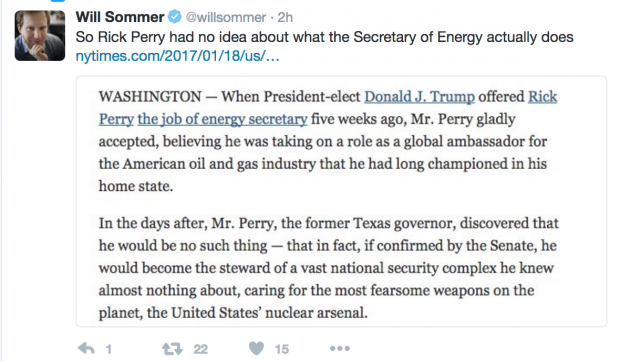 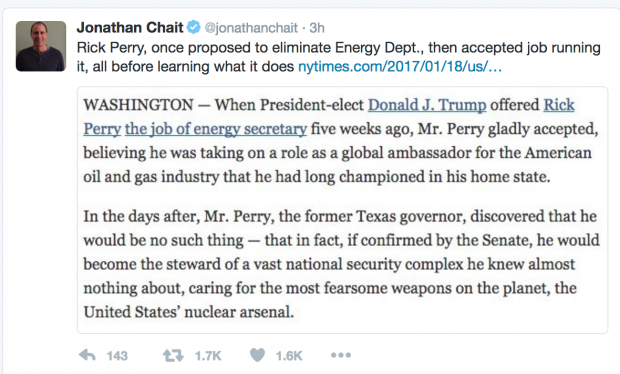 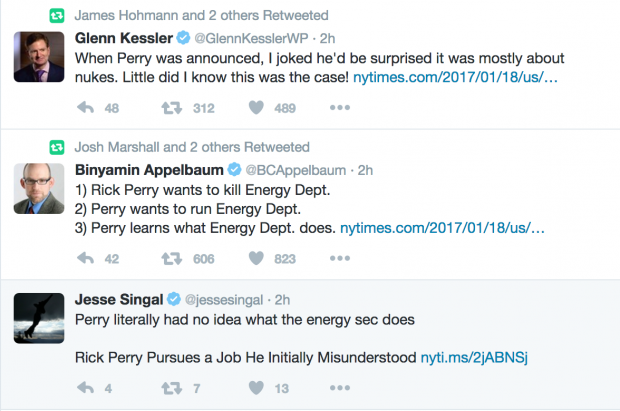 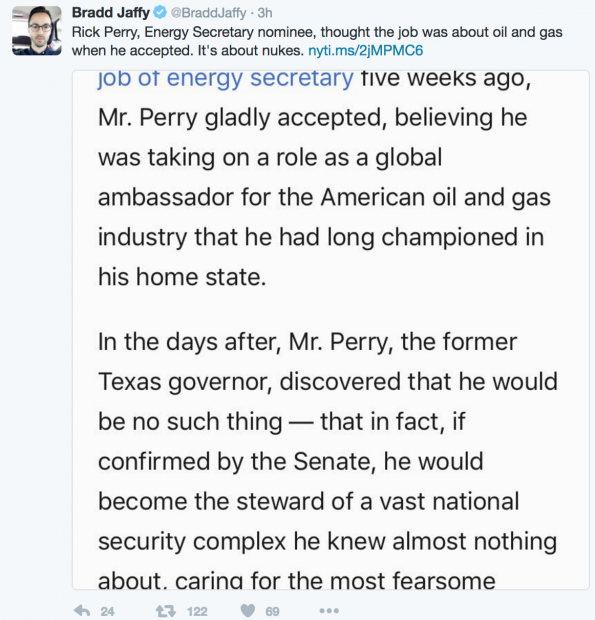 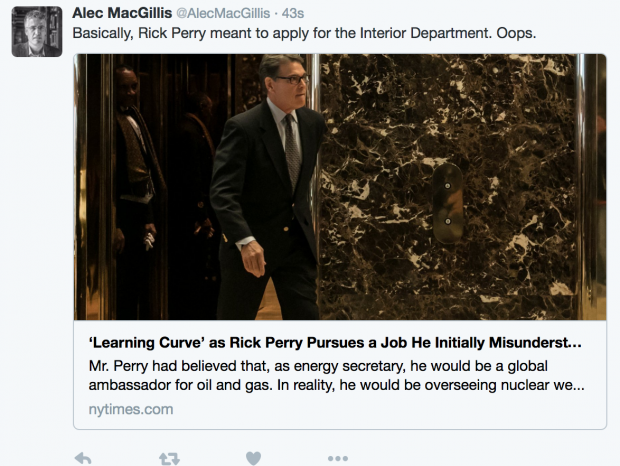