What do you call someone who chants “Love trumps hate” and then sets a Trump supporter’s hair on fire with a lighter? No, seriously. The woman who did what you’re about to see, what’s she called? I want to know her name.

The woman in the blue hat, behind the one in yellow. She’s still holding the lighter a few seconds later as she’s waving her fist. Here she is: 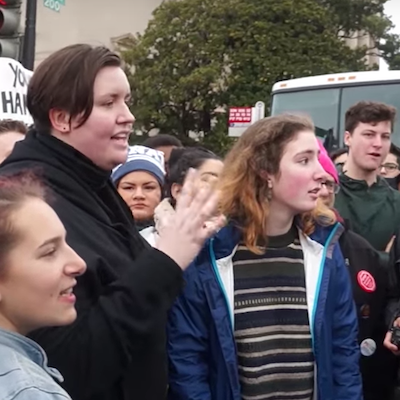 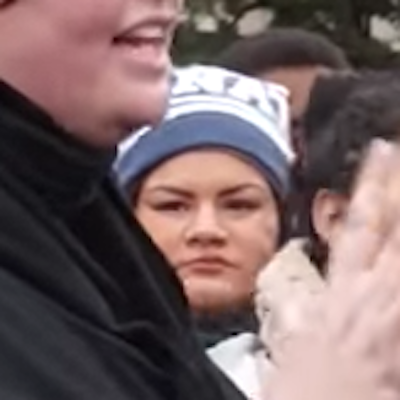 She needs to have a little chat with the cops.

P.S. Then, at the Women’s March in Edmonton, Alberta on Saturday…

We caught him, thanks to the Internet. Dion Bews, turn yourself into police & get ready for a massive civil lawsuit. https://t.co/x6Iorrg99t https://t.co/0skvcTCgGk

P.P.S. No, Norma Zahory is not the woman who did this. Leave her alone.