When pressed by a reporter, the California Democrat stated she isn’t calling for POTUS’ impeachment, but “he is doing it himself.”

“I have not called for his impeachment,” she claimed. “The statement I made was a statement in response to questions and pleas that I’m getting from many citizens across this country. What are we going to do?” (VIDEO: Waters Struggles To Explain Why Trump Should Be Impeached)

Waters then embarked on a lengthy rant about Trump, devoid of any semblance of traditional grammatical structure. 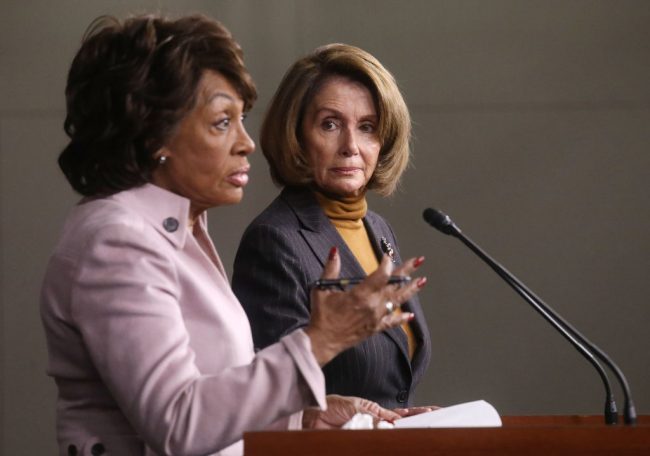 “How can a president, who is acting in the manner that he is acting, whether he is talking about the travel ban, the way he is talking Muslims, or whether he’s talking about his relationship to Putin and the Kremlin — knowing that they have hacked our DCCC and DNC and knowing that he is responsible for supplying the bombs that killed innocent children and families in Aleppo — the fact that he is wrapping his arms around Putin while Putin is continuing to advance into Korea?”

“I think that he is leading himself into that ind of position where folks begin to ask, ‘what are we we going to do?’ and the answer is going to be, eventually, we’ve got to do something about him,” she continued.

“We cannot continue to have a president who is acting in this manner. It is dangerous to the United States of America.”