The majority of the nation’s high school students and almost half of all high school teachers say freedom of speech does not apply to speech that is “offensive to others,” according to a new study on the future of the First Amendment. 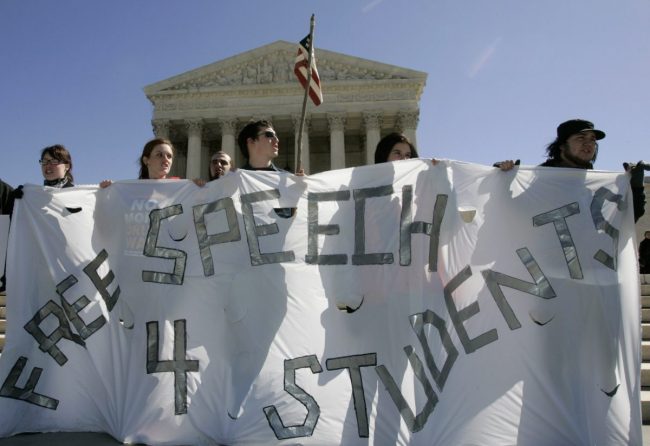 High school students are, like their teachers, hostile to speech considered “offensive” or “bullying”: 51 percent of students disagreed that “offensive” speech should be allowed in public and 60 percent disagreed that public speech that “could be seen as bullying others” should be protected.

[dcquiz] “Some aspects of the Knight Foundation survey indicate a disconnect in respondents’ understanding of free speech,” said Ari Cohn, a lawyer with the Foundation for Individual Rights in Education (FIRE).

“I think that this points to a failure in educating students on the philosophical and practical bases for freedom of speech. One of the essential understandings inherent in our system of free expression is that speech on controversial issues is bound to offend someone, somewhere, and that restricting expression based on whether it could offend or hurt someone is fraught with peril. Educators should strive to explain and demonstrate the necessity of being allowed to offend others in our democratic society. If students had a better grasp on the history of ‘offensive’ ideas that later gained broad acceptance, we might have fewer calls for censorship when those students matriculate to higher education,” Cohn said.

The study did show that high school students and teachers overwhelmingly agree that “People should be allowed to express unpopular opinions” — just as long as those unpopular opinions aren’t “offensive” and couldn’t “be seen as bullying others.”