National security advisor Michael Flynn discussed sanctions against Russia with that nation’s ambassador in December, The Washington Post is reporting.

That poses a problem for the Trump administration because it has denied that Flynn, a retired lieutenant general, discussed sanctions with Sergey Kislyak, the Kremlin’s top diplomat to the U.S.

According to The Post, nine current and former U.S. officials said that Flynn had several discussions with Kislyak on Dec. 29, the same day that the Obama administration penalized Russia for waging cyber attacks against Democrats during the presidential campaign.

On Wednesday, Flynn twice denied to The Post that he discussed sanctions with Kislyak. But on Thursday, he backtracked, telling The Post through a spokesperson that “that while he had no recollection of discussing sanctions, he couldn’t be certain that the topic never came up.” 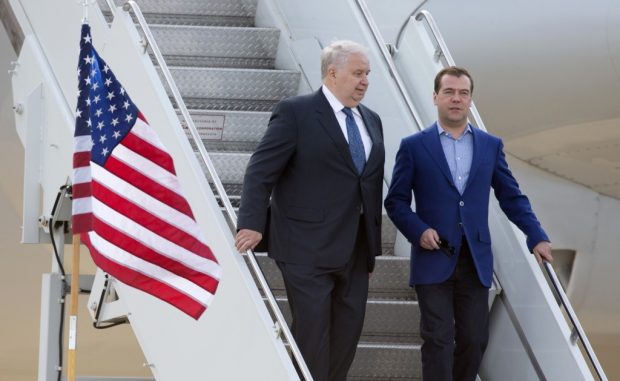 Flynn was not the only Trump administration official to deny that sanctions were discussed during the phone calls.

Vice President Mike Pence, White House chief of staff Reince Priebus and White House press secretary Sean Spicer have all previously said on the record that such discussions did not take place.

In an interview with Fox News host Chris Wallace last month, Pence said that Flynn told him that no discussions about sanctions occurred.

“I talked to General Flynn yesterday. And the conversations that took place at that time were not in any way related to new U.S. sanctions against Russia or the expulsion of diplomats,” Pence told Wallace.

The White House told The Post after its article was published that, as Pence said in the Fox interview, he was basing his statement on what Flynn told him.

The Post also reported that the FBI continues to look into the phone conversations, which were likely picked up by the National Security Agency during routine monitoring of Kislyak’s phone conversations. U.S. officials told The Post that there does not appear to be any evidence that Flynn engaged in a quid pro quo of any kind with Kislyak.

It was reported last month that an inter-agency task force consisting of the FBI, CIA, National Security Agency and other intelligence community organizations had investigated the conversations but found no evidence that Flynn broke the law by discussing the sanctions.

The Post also provided new details of the Flynn-Kislyak phone call, based on the U.S. government sources.

The officials said that Flynn’s “references to the election-related sanctions were explicit.”

Two of the officials told The Post that Flynn conveyed to Kislyak that Russia should not overreact to the sanctions, which required 35 Kremlin operatives to leave the U.S. Financial and travel restrictions were also placed against four Russian intelligence officials.

“Kislyak was left with the impression that the sanctions would be revisited at a later time,” a former official told The Post.

The newspaper also reported that Russia’s tame response to Obama’s sanctions led to the discovery of the Flynn-Kislyak phone calls. In a surprise move, Russian president Vladimir Putin did not counter Obama’s sanctions with those of his own.

As The Post reports, “Officials began poring over intelligence reports, intercepted communications and diplomatic cables, and saw evidence that Flynn and Kislyak had communicated by text and telephone around the time of the announcement.”

The New York Times added two new details to The Post’s reporting. It reported that U.S. officials based their assessment of Flynn’s phone calls off of transcripts. The documents are classified, according to The Times.