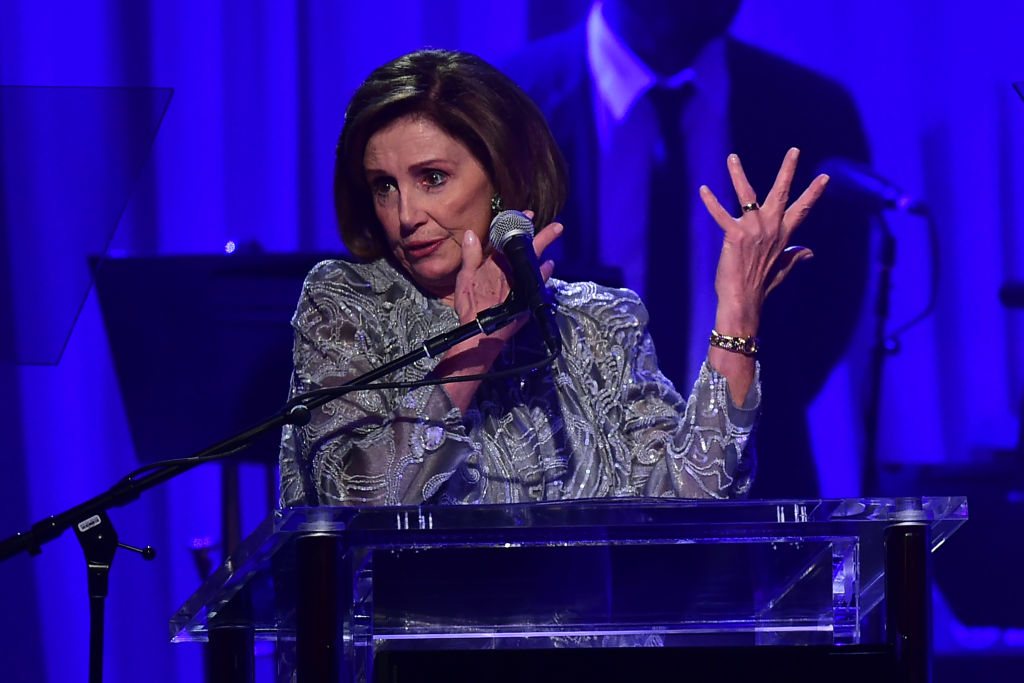 Not only did the House Minority Leader spend two minutes giving a bizarre explanation for what a “scapegoat” is, she literally got the House Democratic Caucus to perpetuate a fake news story. (VIDEO: Nancy Pelosi Is Blaming Donald Trump For A War That Began In 2015)

Scatter-brained woman-splaining aside, the tweet Pelosi was referencing — which Congressman Elijah Cummings attributed to Michael Flynn earlier in the press conference — actually came from a fake twitter account and not from the former national security adviser.

During a press conference just now, Elijah Cummings cited these tweets from a fake Mike Flynn account to bash him. pic.twitter.com/GH7OlPLbsO