Now Stranahan has advice for his ex-employer: Stop being delusional. Stop being crazy. 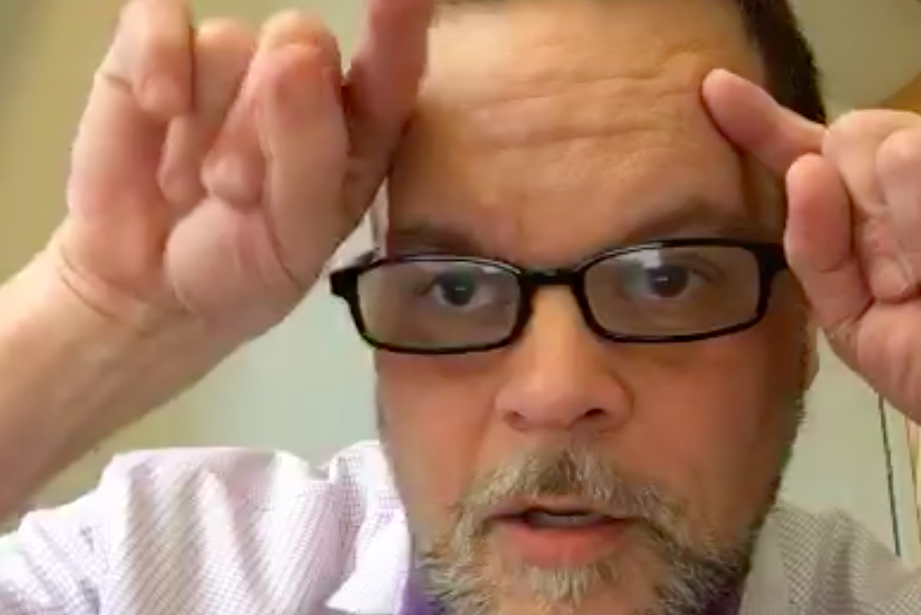 In passionately whacky — and yet compelling — videos he posts on Periscope, Stranahan has spent the past few days getting a lot off his chest. Some might call it verbal vomit. But like a car wreck on the highway, it’s hard to look away.

Stranahan said he was holding an “intervention” for his former employer. If you’ve watched the show, you’ll follow along easily. He considers himself the “crying mom” and the “stern dad” from TV’s “Intervention.” The program tries to save alcoholics and drug addicts from themselves by uniting them with their families for crazy screaming crying sessions in a somber living room setting. 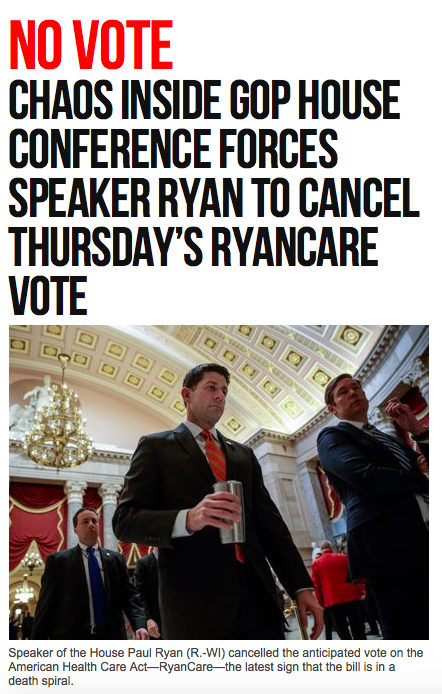 Despite his case of the “sads,” the site’s former reporter said he wants to make Breitbart News “smarter.”

Later in the video, he turned into Dr. Drew and mimicked what he thought the TV doctor might say if he hosted an intervention for Breitbart because the site is the “opiate addict who thinks they can fly.”

This is when things really got pretty nutty.

“Listen Breitbart, you are aware of the fact that Donald Trump is supporting this bill, correct?” he asked. “Now, Breitbart, if they’re doing the intervention thing, they’re going to run out of the room. Dr. Drew comes back. We need to establish something. You are aware that Donald Trump supports this bill, correct? …So when you call it RyanCare it doesn’t actually make it RyanCare. It’s a bill that Donald Trump supports, ya see. …You’re not actually changing reality with your mind. …All you’re doing is looking dumb. That’s all you’re doing.”

A little more free advice: “You look really dumb to everybody in the outside world,” he said. “…Everybody here watching this knows, right, that Donald Trump is supporting this bill.”

This is when the Stranahan — who actually deserves some respect for calling his ex-site out — raised the pitch of his voice and leaped into cartoonland.

Stranahan explained that even if you are a Trump supporter you should back the Prez by telling readers the truth. What he thinks Breitbart ought to be saying:

“As a Trump supporter, we think this is a mistake on Donald Trump’s part,” he said. “We think Donald Trump should not be doing this. And it’s going to be the albatross around his neck for a little while. …You don’t help people by catering to their delusions.”

The ex-Breitbart reporter reasoned, “I’m trying to help you, Breitbart.”

And with that, he tried to appeal to their better selves.

Stranahan concluded his “intervention” by calling for a coup at Breitbart.