Local residents gathered outside the Montgomery County Council building Sunday afternoon in Maryland to call out state and county officials for their “indifference” to the effects of illegal immigration on public schools.

The rally, organized by the Montgomery County Republican Party and the local chapter of the Young Republicans National Federation, was promoted on social media as a gathering to address several issues, including taxes, educational standards, and government accountability. But the balance of the protest focused directly on a single concern: community safety imperiled by county and state sanctuary policies.

The alleged rape of a 14-year-old Rockville High School student by two illegal immigrant classmates has thrown the issue into the national spotlight. Some local residents are laying blame for the assault at the feet of Montgomery County officials and state lawmakers, who they say have ignored law-abiding citizens while trying to score political points by resisting the Trump administration’s immigration enforcement orders. (RELATED: Rockville Considers Declaring Itself A Sanctuary City Amid Immigrant Rape Scandal)

“Rockville High School was a tragedy waiting to happen and can happen again,” North Potomac resident Ed Amatetti told fellow protesters. “This is a public safety and school safety issue. It’s about schools with declining academic and discipline standards, in part to accommodate other ill-conceived policies we question here today.” 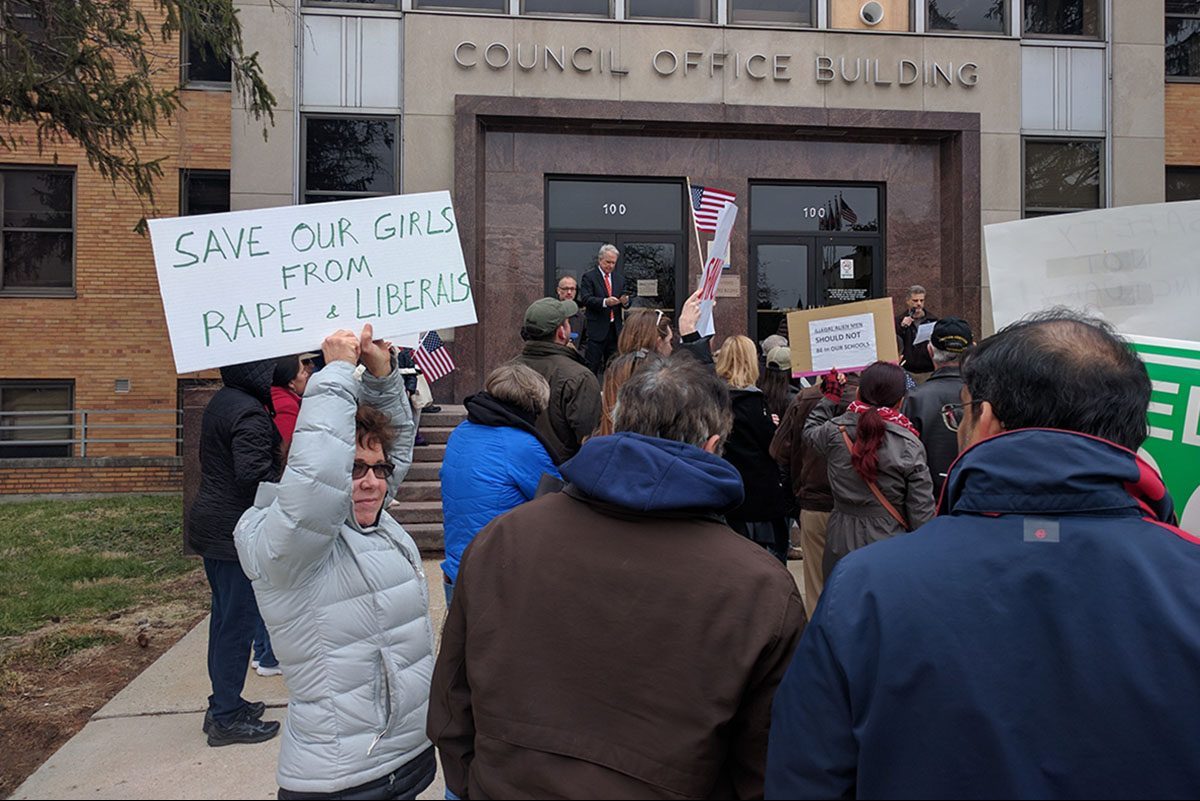 Protesters voice their concerns over sanctuary policies at a rally outside the Montgomery County Council Building on March 26, 2017. (Photo: Will Racke/TheDCNF)

Rockville, a Washington, D.C., bedroom community of over 60,000, found itself at the center of the contentious national debate over immigration policy when two teenagers–Henry E. Sanchez, 18, of Guatemala, and Jose O. Montano, 17, from El Salvador–were arrested on March 16 for allegedly raping a girl in a bathroom at Rockville High. Both suspects enrolled at the school last year despite their undocumented status and outstanding orders to appear before an immigration judge, the Baltimore Sun reported. (RELATED: ‘Virtually Uncovered’ – NYT Admits CNN And MSNBC Are Ignoring Rockville Rape)

Immigration and Customs Enforcement (ICE) officials have not commented on Montano’s case due to his status as a minor but last week confirmed that an immigration detainer has been issued for Sanchez. The agency has named Montgomery County as one of hundreds of local jurisdictions that have “enacted policies which limit cooperation with ICE.” (RELATED: ICE Releases List Of Sanctuary Jurisdictions Set To Lose Federal Funding)

That refusal to assist federal immigration officers has angered many area residents, who say the county is violating federal law with impunity. Dan Cox, a civil rights lawyer from Frederick, Maryland, believes the concept of rule of law is threatened by sanctuary policies.

“That’s what this is about. Without laws we don’t have real immigration,” he said. “People love America because of our laws.”

Four days after the Rockville High incident, lawmakers in the Democratic-controlled Maryland House of Delegates approved a “sanctuary state” bill that would prohibit state and local law enforcement from helping federal immigration agents track down illegal immigrants or honoring requests to hold inmates for deportation. The measure drew outrage and a veto threat from Republican Gov. Larry Hogan, who also demanded Montgomery County cooperate with federal investigators in the rape case.

Over the past week, local residents who want a crackdown on illegal immigration have traded barbs with community activists who see illegal immigrants as unfairly maligned for the actions of two individuals. During Sunday’s rally, a smaller but no less vocal group of counter-protesters lined up across the street from the Montgomery County building, chanting, “No hate, no fear. Immigrants are welcome here!”

Silver Spring, Md. resident Joanna Silver told The Daily Caller News Foundation that protesters and local Republican politicians have “used the [Rockville High] rape to create an atmosphere of fear,” which they are exploiting for political purposes. She insisted that sanctuary policies are not to blame, but rather the alleged rapists themselves and the misogynistic culture in which they live.

“If you want to ban rape in the high schools, ban the football team,” Silver said.