An American pastor who has been jailed on bogus terrorism charges in Turkey for more than five months is pleading with President Trump to help secure his release.

“I plead with my government — with the Trump Administration — to fight for me,” Andrew Brunson wrote in a letter to the Trump administration from his jail cell near Izmir.

Brunson, a North Carolina native, has been in custody since October after he and his wife were detained on immigration violation charges. At the time, the Brunsons were operating a small Christian church in Izmir, a city on Turkey’s western cost. They have lived in Turkey for 23 years. (RELATED: An American Pastor Is Being Held On Bogus Charges In A Turkish Prison) 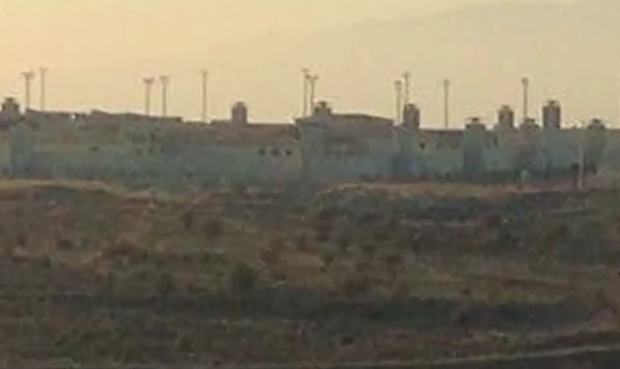 Brunson’s wife, Norine, was soon released, but the pastor remained in custody and soon saw his charges upgraded to a terrorism rap.

Brunson has no known ties to terrorist groups, and the Turkish government has not produced any evidence to show that he does. Prosecutors have suggested in court hearings that Brunson is being held on suspicion of being a follower of Fethullah Gulen, a Muslim cleric living in self-exile in Pennsylvania.

Turkey’s president, Recep Tayyip Erdogan, has labeled Gulen a terrorist and believes he was behind a failed coup attempt in July.

There has been some speculation that the Turkish government is holding Brunson as a bargaining chip in its effort to force the U.S. government to extradite Fethullah Gulen, a Muslim cleric living in self-exile in Pennsylvania. The Erdogan regime has begged both the Obama and Trump administrations to deport Gulen back to Turkey to face trial.

In his letter, which was given to U.S. embassy officials during a recent meeting with Brunson, the pastor calls himself a political prisoner and says that the Turkish government should face consequences for jailing him without cause.

“Will the Turkish government face no consequence for stubbornly continuing to hold an American citizen as a political prisoner?” Brunson asks in the letter, which was published by the American Center for Law and Justice (ACLJ), a non-profit group helping the pastor.

Since being imprisoned on Oct. 7, the “Turkish government has produced no proof and has rebuffed numerous attempts by the American government to secure my return to the United States,” says Brunson.

“In fact they are treating the US government with contempt and paying no price for it.”

“I plead with my government — with the Trump Administration — to fight for me. I ask the State Department to impose sanctions. I appeal to President Trump: please help me. Let the Turkish government know that you will not cooperate with them in any way until they release me. Please do not leave me here in prison.” (RELATED: Congress Demands Release Of American Pastor Held On Bogus Charges In Turkey)

“The U.S. government must take a more active role in fighting for Pastor Andrew’s release. He has done nothing wrong. He is a U.S. citizen wrongfully imprisoned in a foreign land because of his Christian faith. He deserves to be free,” the group said in a statement.

Last month, a bipartisan group of lawmakers sent a letter to Erdogan asking for Brunson’s release. ACLJ also asked Secretary of State Rex Tillerson to help Brunson. Tillerson will meet with Erdogan in Ankara on Thursday. It is not clear whether the former ExxonMobil CEO will bring up Brunson’s case.