Hillary Clinton is still blaming misogyny for losing the election.

“Certainly misogyny played a role,” Clinton said of the election while speaking at the Women in the World Summit on Thursday. “I mean, that has to be admitted.” 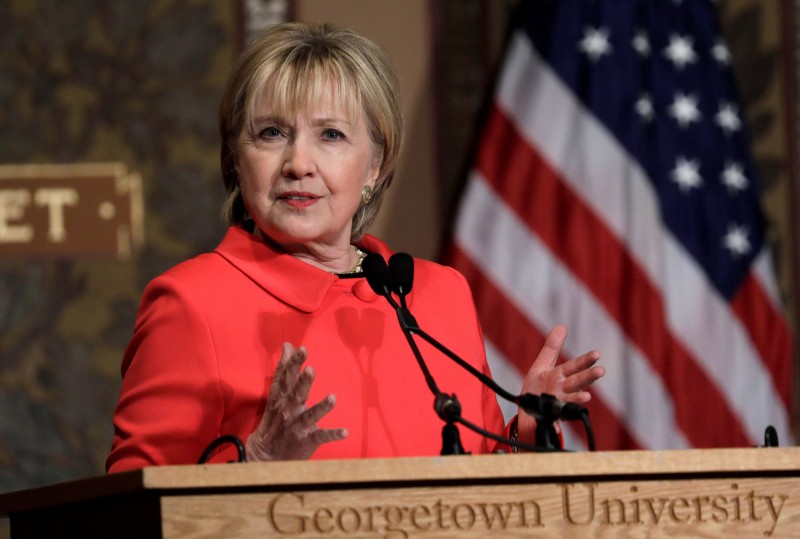 Former secretary of state Hillary Clinton speaks at an award ceremony honoring women and their role in international politics and peace building efforts hosted by the Georgetown Institute for Women, Peace and Security in Washington, U.S., March 31, 2017. REUTERS/Kevin Lamarque

She later suggested that her consistent unfavorable ratings in public opinion polls are the result of her just being too successful.

Clinton claimed that there’s an “inverse relationship” with success and likability — but only for women. The more successful men are, Clinton claimed, the more well-liked they are, while women are disliked for their success.

She also said that she wants to be involved with helping Democrats take back Congress from Republicans.

The former secretary of state has consistently blamed “sexism” for her struggles to appear genuine and likable.

Misogyny is one of many excuses the Clinton camp has given for Hillary’s second failed presidential campaign.

Hillary’s former campaign aides, meanwhile, blamed “white supremacy” for Clinton’s loss. Noticeably absent among the Clinton camp’s litany of excuses for her loss, however, is any real blame for the unpopular candidate.

WATCH MORE OF CLINTON’S TAKES ON MISOGYNY IN POLITICS: