Donald Trump is laying the blame for the chemical attack in Syria squarely at the feet of Bashar al-Assad, who he believes committed an “egregious crime.”

While on Air Force One on his way to Palm Beach to meet with the Chinese president Thursday, the president told reporters the chemical attack in Syria that left dozens dead — including women and infants — “shouldn’t be allowed to happen.” 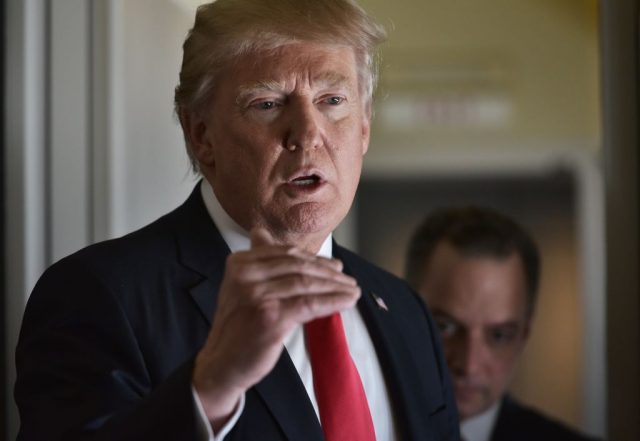 When asked if Assad should step down, Trump said, “I think what happened in Syria is a disgrace to humanity, and he’s there, and I guess he’s running things, so I guess something should happen.”

“What Assad did is terrible,” he continued, according to pool reports. “What happened in Syria is truly one of the egregious crimes and it shouldn’t have happened. It shouldn’t be allowed to happen.” (RELATED: Trump Rebukes Assad For ‘Heinous’ Attack, Says His Attitude Toward Syria Has ‘Changed Very Much’)

Trump wasn’t clear about what his response to the country will be.

“I don’t want to say what I’m going to be doing with respect to Syria.”

His comments came just minutes after the New York Times reported that senior Pentagon officials are weighing options for a military strike in response to the chemical attack.